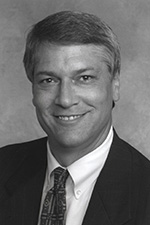 The youth attended a summer playground camp at the former Indian Neck School and worked diligently on his basketball skills.  The summer counselor, unselfishly, guided him on the finer points of the game.  Remarkably, the youth, 1998 Branford Sports Hall of Fame inductee Wayne “Socko” Sokolosky and counselor, Tom Murray ( inducted in 1992), later joined forces as player and coach respectively to lead  the Branford High School basketball team toward successful seasons in the 1970’s.

Born on July 21, 1954, Wayne attended Branford High School from 1968 to 1972. While there, he was a member of the Hornets basketball squad, and became a member of the starting line-up as a sophomore.  He ended that season with 151 points, 77 rebounds, 30 assists, and 21 steals. That summer, Wayne played in the Shoreline Basketball League that won a title.

During the 1970-71 season, Branford won 14 games and lost nine, good for a second place finish in the Housatonic League. As a junior starting guard and tri-captain, Wayne was a top scorer for the Hornets. Branford earned a birth in the CIAC Class A Tournament, as the 23rd ranked team, and defeated then 13th ranked Maloney by the score of 56-50.  Next, Branford took on 5th ranked Windham High School and were victorious, 74-60 , before being defeated by the top seed in the tournament, South Windsor, 69-60. Wayne ended the season as the only junior picked for the 1971 All-Housatonic League Basketball Team and Honorable Mention on the All-State roster.

In Wayne’s senior season at Branford, he led the Hornets to a 18-3 win/loss record and Housatonic League championship as he played the role of quad-captain. On February 9, 1972, he set a single game scoring record with 44 points and went over the 1,000 career-point mark.  In that game, Branford defeated Lyman Hall 85-63 and clinched the Housatonic League championship. Throughout the season, Wayne was high scorer for 15 of the team’s 21 total games, averaging 24 points per game for the year.   He was chosen for the All-Housatonic League team, All-State, the Governor’s All-Star team, and the New England Tap-Off Club’s Scholar Athlete Award.  Tonight’s inductee also was a member of the B.H.S. Golf team for Hall of Famer Stan Petela (Class of 1989).

After graduation in 1972, Wayne attended Trinity College in Hartford, Connecticut where he was the first freshman ever to play varsity basketball and finished his career as the school’s second all time leading scorer and four year starter.  After the 1973 season, Trinity was voted the Most Improved Team and “Socko” was the college’s Most Valuable Player in 1974 and 1975. In 1976, Trinity made its first appearance in the ECAC Division Three Tournament and voted to the UPI  Division III All New England Team.  Wayne finished as Trinity’s 2nd all time leading scorer with over 1200 points.  Following graduation, Wayne received and accepted an offer to play for the Black Forest team in Brussels, Belgium, averaging 33 points per game for the season.  On December 2, 1981, Wayne was inducted into the Trinity College Basketball Hall of Fame.

Wayne, a respected banker, resides in Branford, with his wife, Ginger, and his son, Eric (age 8).  “It’s difficult to put into words what this means to me.  Induction into the Branford Sports Hall of Fame certainly puts the finishing touch on my athletic career and I am in awe to be forever included among Branford’s great athletes and sportspeople “ said Sokolosky.