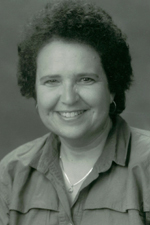 Although she does not stand tall in height, 1993 Branford Sports Hall of Fame inductee Toni Cartisano’s accomplishments as a person, a role model, a teacher, and a coach have made a giant impact on the Branford community, including three State Volleyball Championships, two State Final Runner-up and many other great feats.

Born in Greenwich, Connecticut, Cartisano attended Greenwich High School from 1964-1966 (three year high school) and played on the field hockey team (as a goalie) and basketball team, which she was captain for both teams in her senior year.  She attended Southern Connecticut State University form 1966 to 1970 and majored in Physical Education and Health Education.  Cartisano played on the softball team with the Owls during her time at Southern.

Hired by the town of Branford in the 1970-71 school year to teach Physical Education and to coach all the girls sports, Cartisano held the varsity coach position with the volleyball team, assistant coach on the track team, and junior varsity positions with the field hockey and basketball teams.  In 1971, “Miss C.” was a member of the committee of women coaches that formed and started the Girls’ Housatonic League.  Before this instrumental move, only the boys played a league schedule with league championships.  The physical education and health teacher at Branford High School started the first softball program and a year later coached the very first varsity softball team.

While coaching volleyball for 20 years until her retirement in 1991, Cartisano held an impressive winning streak with several teams, including a winning record in 16 of her 20 seasons.  In 1981, the Hornets won the Class M State Championship, the first girls state championship team in Branford High School history.  With a record of 12-6, the Hornets squad won 10 of its last 12 matches en route to its state title.

A year later, in 1982, Branford won the Housatonic League and became State Champions again, this time with a perfect, undefeated season.  In 21 matches, Branford held a 63-8 record in its games with 16 shutouts and an overall record of 28-0, the longest winning streak in Branford High School history.  In 1983, the Hornets claimed its third consecutive State Championship title before two runner-up seasons in 1984 and 1988.  Cartisano’s final career record stood at 220 wins and 141 losses.