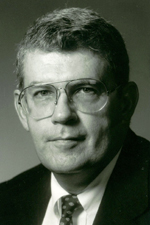 There have been many athletes who have come and gone through the Branford sports system over the years.  However, the one exquisite mainstay to supervise Branford High School to nine basketball championships throughout his twenty years as a head coach is none other than 1992 Branford Sports Hall of Fame inductee Tom Murray.

Born and raised in Branford, Murray attended Branford High School and graduated in 1959.  While in high school, he earned two varsity letters in baseball and two letters in basketball as well as being a member of the undefeated 1958 State Football Championship team, scoring in every game.

After graduating from Branford High School, Murray continued his education at Southern Connecticut State University, where he earned a Bachelor of Science Degree.  His major was health and physical education and his minors included history and biology.  While at Southern, Murray earned three varsity letters in football.  At the time of his graduation from college, Murray held most of the Owls’ kicking records and was the leading kicker in New England small colleges in 1961.

After serving as an assistant coach for the Branford High School basketball team from 1963 through 1967, Murray was given the job as head coach in 1967-68 academic year.  That year, Murray led his Hornets to a league championship, finishing with a record of 13-8, including a six game winning streak toward the latter part of the season.  The following year, Branford improved its record to a spectacular 18-2 and once again claimed the Housatonic League Championship.

After ending his head coaching career in 1988, Murray’s win/loss record stood at 320 -115.  He won his illustrious 300th game during the 1985-86 season.  Murray has also received such awards as New Haven Tap Off Club Coach of the year, Connecticut High School Coaches Association Outstanding Coach, CHSCA Past President Award, and he has the distinction of coaching 18 All-League players, three All-State Players, and one All-America player.

“(The Branford Sports Hall of Fame induction) means I finally belong.  I’ve always wanted so badly to feel like I was really part of something tangible.  I think that is what this is.  There are so many other people that could be here and I think I represent an awful lot of people in terms of players, and my coaches, and that people I played with in high school and in college.  There is a tangible evidence that I was here and that I belonged to Branford and that I was part of the community – a community that means so much to me,” said Murray, who resides in Branford with his wife of 27 years, Linda, and their children, Thomas (age 23) and Kimberly (age 18).