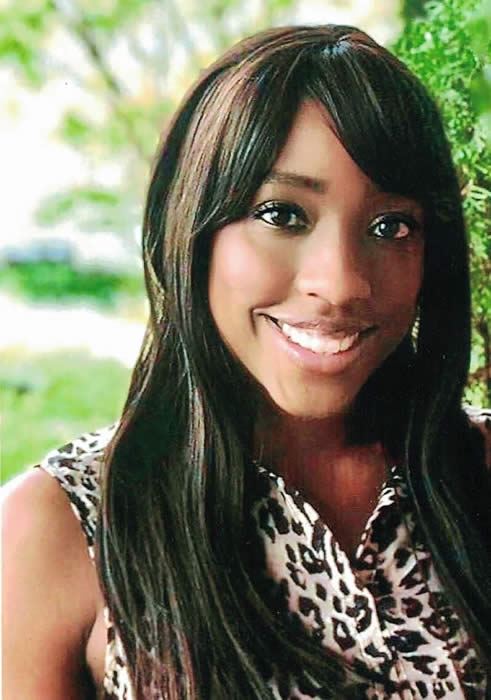 Every once in a while an individual reaches beyond what was ever imagined and achieves their true destiny. In February 2004, on a Saturday afternoon, Tahari James Castilla broke the existing Connecticut state high school indoor record in the Long Jump with a leap of 19’ 9”. That jump would put her among the elite in the country .By Monday morning the phones at Branford High School were ringing with calls from collegiate track powerhouses inquiring about this new Phenom. That one moment would be the stepstone to an illustrious high school and collegiate career.

Tahari did not begin her hallmark athletic career in the long jump, she had participated in soccer and then cross country in the fall. During track and field season, she mostly stuck to track events, the 400 meters and relays and then migrated into the jumps in her last two years. During the winter indoor season she was coached by Hall of Fame coach Rich Biondi and often had to practice jumping into the foam high jump pits because the sand was frozen!

During spring track she was under the tutelage of another Hall of Fame coach Kevin Connell and Jumps coach Nate Jacobsen, where Tahari worked developing her strength in the weight room and put in the dedicated effort perfecting her technique that would mold her into a champion.

Tahari was fortunate to compete in the Southern Connecticut Conference and found the level of competition in the horizontal jumps to be the toughest in New England. (Several of the young women she competed with in the SCC would meet again at the ‘08 US Olympic Trials!) . As distinguished a competitor as she was during her high school career, it was extremely difficult to make the All-SCC team. She made it only once. But Tahari would do her best work at the state championship meets.

One of the most unique accomplishments of her high school career was as a junior, Branford’s team runner-up finish at the 2003 State Open Outdoor Championships. What made the achievement unusual was the Branford ‘team’ consisted of two athletes: Tahari and Sarah Mendillo. Combined they scored 35 pts, Mendillo won the Javelin and Tahari won the Long Jump, Triple Jump and finished 4th in the 400 meter run. She would go on to the New England Championships and win the Triple Jump with a 39’ 4” effort and earn All-New England honors.

By the time Tahari was done with the record book her senior year, she owned the BHS records in the 400, Long Jump and Triple Jump and most individual points in a season- 337. Capping her record setting achievements during her senior year, Tahari would also set the Connecticut Scholastic Outdoor Record in the long jump with a leap of 19’ 8” while winning the last of four State Open titles. Her long jump records in Connecticut have not been broken.

Throughout it all she maintained high honors all four years and graduated in the top 10% of her class Coming from a large supportive family, she is one of ten siblings, she wanted to remain close to home, accepting a full scholarship to Boston University.

Boston University would be a perfect match academically and athletically. She made an immediate impact on the Terriers program. Her freshman season was a continuation of the foundation she established at BHS. She was America East Conference Triple Jump champion and New England Collegiate Long and Triple Jump champion. Her following season, she exemplified her versatility as a multi-event athlete; she added sprints and relays to her already busy schedule. And the results spoke for themselves, at the American East Indoor

Championships she finished 1st in the Long Jump and Triple Jump, 1st in the 4×400, 2nd in 55 meters and 3rd in the 200 meters. Not surprisingly, Tahari earned the Coaches Award for Most Points compiled by a single athlete. She would also go on to win the ECAC and New England titles that season in the triple jump.

During her collegiate career she earned Division 1 All-American three times in the Triple Jump and qualified for the 2008 US Olympic Trials where she finished 14th. She amassed 12 America East individual titles in her career and still holds the BU Indoor and outdoor records in Long Jump (20’ 8”) and Triple Jump (44’ 10.75”). She continued her academic excellence making the Dean’s List throughout college and earning Academic All-American several times. Upon graduation, she worked as a volunteer assistant coach while pursuing her masters.

Tahari made the most of her opportunities at Boston University, she earned a BA and MA in Public Health. She lives in the Atlanta area and is married to Matthew Castilla and owns a wellness consulting business while pursuing an MBA.