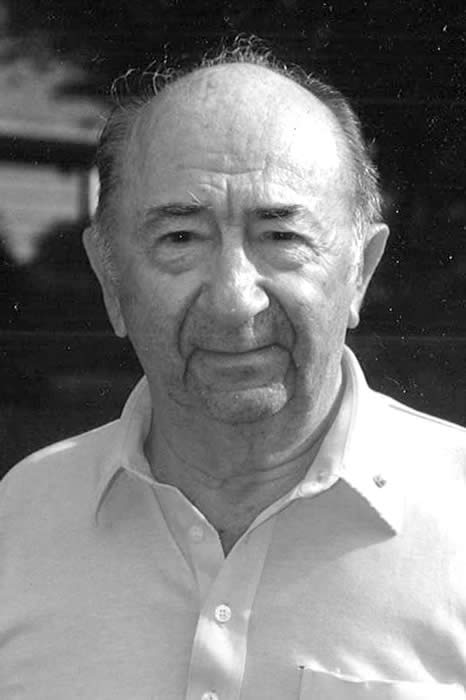 Stan Starzec was the goodwill ambassador for golf in Branford for many years.
He was employed as the Head Golf Professional /Superintendent at the Pine Orchard Yacht and Country Club from 1946 until his retirement in 1976. During those years Stan was a teacher, supporter, and mentor to many Branford
residents. He was also an accomplished player.

Stan was born in Derby, Connecticut on April 2, 1912. He attended Derby High School spending his after school hours caddying at Orange Hills Country Club. Intrigued by the game of golf, Stan honed his skills on the banks of the Housatonic River where he and his brothers would set up a make-shift golf course and compete in “tournaments.” Stan loved the game and was gifted with a natural swing. He spent his free time practicing and eventually became the assistant Golf Pro at Orange Hills. On the course, Stan became renowned for his long drives. During this time, Stan met his idol Sam Snead and participated in a golf exhibition with him at Rockledge C.C. .

In 1938 Stan won the National Long Drive Championship with an average drive of 301 yards. In 1941 Stan was picked by a national golf magazine as a “sure bet” to succeed on the professional tour.

Stan played on numerous tournaments around the country until the attack on Pearl Harbor. He joined many other Americans working in the war effort in industries, becoming a tool maker in Texas until 1945.

After the war Stan returned to golf. During the 40’s and early 50’s Stan played on the PGA golf tour starting in New England during the summer and following the tour south to Florida, Texas and to California in the winter. During on the Pro Tour Stan met and played with golfing legends Julius Boros, Tommy Armour, Gene Sarazen and Sam Snead. One of Stan’s closest friends through the years was golf legend Patty Berg with whom he remain friends well into his retirement. Stan had many accomplishments in golf but none meant more to him than the friendships he formed.

Stan was a driving force behind a memorable golf match that was played at the Club in 1948. The match followed a ruling of the USGA against Mildred “Babe” Didirkson Zaharias’ entry into the country’s top male tournament. According to Zaharias, the ruling came because the leading male golf stars were afraid to compete against her. Stan and Pine Orchard Club Champion, Sidney Noyes, welcomed the opportunity to play against Zaharias, All-America Crown winner and Women’s National Open Golf Champion, and Grace Lenczyk, U.S. Curtis Cup team member. A gallery of 700 followed the foursome for 18 holes of heated competition. The Starzec-Noyes team emerged victorious 2-up, carding 79’s.

Many Branford residents had their first introduction to golf through Stan. He
maintained an active caddy program that employed as many as fifty caddies
each golf season. Many credit their start to Stan. Stan retired from the Pine Orchard Club in 1976 after 35 years of service and he was given honorary life membership in the Club for his long and dedicated service. Stan passed away on April 18, 2000.