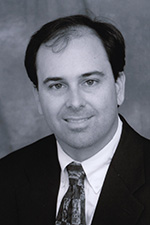 Opponents of the Branford High School Boy’s Swim team from 1986 through 1990 must have cringed each time they encountered Branford as its adversary and faced a tough-minded and competitive record-setting swimmer in 2006 inductee, Sean M. O’Connor.

A student at  Branford High School from 1987 to 1990, Sean was a four-year swimmer for the Hornets and an All-Stater each of his four seasons.  As a freshman,  Branford captured the Class M State Championship and was considered one of the best teams in Branford history.  With twenty returning swimmers and some new and energetic freshman, including Sean, the Hornets won its third consecutive state title. In 1988, the team made its mark by being the first Hornet Boys swim team to bring home a Housatonic League title with a record of 10-1 and a runner up in the Class M State meet.  As a junior, Sean led the Hornets to several exciting wins (10-4 record) as the Hornets breezed through most if its meets early in the season enroute to a runner-up finish in the Housatonic League.  Sean captured All-State status in the 100-yard backstroke that season.

As a senior and captain, tonight’s inductee shattered several school records: swam the  50-yard freestyle ( 22.61 seconds); won the 100 backstroke in a win versus rival Hamden (99-73); swam the opening leg of the 200-yard individual medley, and completed the backstroke in 26.98, as Branford won the event in 1 minute, 47.98 seconds.  He won the 100 freestyle (51.1 seconds) and 100 breaststroke (1:08.4) and swam the butterfly leg on the winning 200 individual medley relay team (1:55.8). For his performances, Sean was named the New Haven Register Athlete of the Week. A major accomplishment for the team was beating perennial superpower Staples High School for the first time in school history.  Tonight’s inductee earned  the Outstanding Class L Swimmer, 50 yard freestyle and the 100 yard backstroke Class L championship.

Sean competed on the Hornets varsity golf team for two seasons and in the classroom, he was a member of the National Honor Society.

Following graduation, Sean attended Williams College and was a member of the swim and water polo teams.  As a freshman, he qualified for the NCAA Division III Swimming championships by winning the 50 freestyle (21.37), and qualified in the 100 freestyle when he recorded a time of 46.86 while swimming the first leg of the 400 freestyle relay.  He was the only New England swimmer to qualify for the NCAA’s in the 100 freestyle that year. For his performance, Sean was named the school’s Most Valuable First Year Swimmer.    He was named New England champion twice in individual events and five times in relays and was an Honorable Mention All-American. Williams earned the Division III New England Championship all four years that Sean competed. As a member of the water polo team,  which he led as captain, Sean was a third team All-New England when the team claimed the Eastern Club Division  Championship.

After college, Sean taught eighth for two years at Region 16 – Prospect and Beacon Falls and for the past eight years at Conard High School in West Hartford, where he has been coach of the girls’  high school swim team since 2002.  Prior to that, tonight’s inductee coached the 9 and 10 year-olds in the Branford Stingrays program from 1996 to 1998 and coached the Long River Middle School Baseball team from 1998 to 1999.

Residing in Simsbury, with his wife, Lisa, Sean is the father to Daniel and Meaghan.  Tonight, he joins his father and former coach, John (1995), as a member of the Branford Sports Hall of Fame.