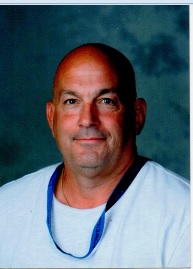 Savas Synodi was born into a traditional Greek American family. His parents Socrates and Zoe raised him and his siblings to value family and friends, understand the essence of hard work, and to enjoy life. For close to three decades, Savas has brought this spirit and a sense of humor to the staff and students at Branford High School.

In the fall of 1975, Savas matriculated to Central Connecticut State University. He wrestled on the varsity level for four seasons, winning over eighty percent of his matches for Coach George Redman. In the spring of 1979, Savas graduated with a B.S in Physical Education. The following year he taught as a graduate assistant. Furthermore, Synodi served as a volunteer assistant for Coach Redman and the Blue Devils wrestling squad. He graduated with a M.S in Exercise Science and Physical Education.

Savas began his teaching career at St. Bernard High School in 1981. While on the faculty, he was an assistant track and wrestling coach. In 1983, he left education to take a position with an airline company as a flight dispatcher. Simultaneously, he was competing in marathons and triathlons eventually completing the World Championship Triathlon Ironman competition in Hawaii in 1983.

In 1987, Synodi returned to education on the island of Nantucket, Massachusetts. The following year he was hired at Branford High School. Over the years, Savas has enjoyed a repore with his students. His temperament and personality has made him a popular teacher with thousands of students. While at BHS, he also was the head boys track coach from 1988-1994, coached football for twenty years and also briefly served as a girls basketball assistant.

In 1992, Savas was named Co-Athletic Director along with Hall of Fame member Jake Palluzzi. During their tenure, the Hornets have captured state championships in baseball, boys and girls swimming, boys and girls lacrosse, cross country, field hockey, football, girls tennis, and boys track. The athletic department also expanded to add seven additional programs. On a number of occasions, Synodi and Palluzzi have been honored including by the Connecticut High School Coaches Association, officials groups, and the Connecticut Association of Athletic Directors.

The SCC Conference was created in 1995.The Branford Co-Athletic Directors along with Commissioner Bill O’Brien were instrumental in the writing of the By-Laws and structuring of the league. During its inception, Savas and Jake were SCC Chairpersons of the conference.

Today, Savas continues to serve as a popular Physical Education teacher and Co-Athletic director. He has an affinity for the ocean and is a licensed captain. A lifelong fitness enthusiast, Savas enjoys biking, running, swimming, and playing golf. He currently resides in Old Saybrook.