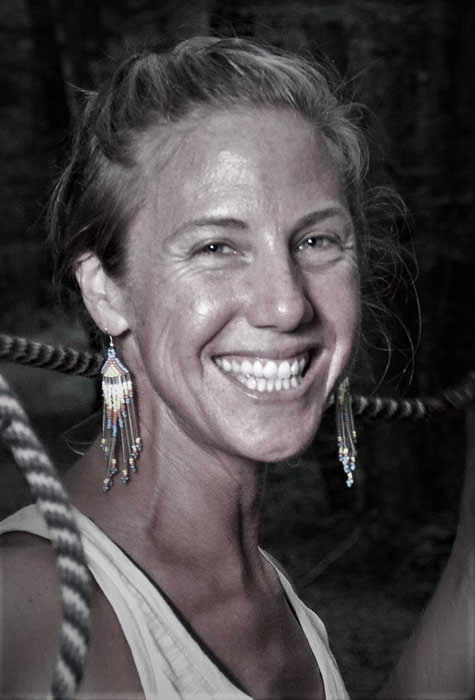 Sally began her swimming career under Coach O’Connor when she was just 3 years old and was learning to swim with fond memories of those early swim lessons. There was an immediate love for the water and the sport of competitive swimming that would continue throughout her career with Branford High School and the Branford StingRays and beyond. Hall of Fame Coaches O’Connor and George Miles were both forces of inspiration and dedication helping Sally to hone discipline and courage in the water and in life.

In her senior year she was co-captain and joined with Hall of Fame members Ali Lupoli, Kierstin Newell and Jen Brooks to dominate the 1992 State Open Championships by outscoring every high school team in the state in swimming, including powerhouses Greenwich and Cheshire. The 400 freestyle relay was a state record and still stands as a Branford record 25 years later.

After graduating from Branford Sally continued her career at the University of Delaware where she took her swimming to the next level, helping the Blue Hen women win their first ever Division Championship. Sally was instrumental setting Delaware records in backstroke and relay events. Swimming was in her soul and after college graduation continued to swim masters both in Connecticut and in Boulder, Colorado where she joined a co-ed team that took on the Maui Channel Swim in 2002 and placed third. She also took third in her age group in the historic Waikiki Rough Water Swim.

Once back in Branford, Sally stayed connected to swimming by donating her time to teach the Branford Girls High School team’s yoga post work outs to help not only stretch worked muscles, but to help focus the mind, calm stress and help the young swimmers connect with themselves in a more accepting light. She has been a guest yoga teacher at Branford HS for over 10 years, donating her time to help pass along the beneficial tools yoga has to offer in relieving stress and help deal with adversity.

Sally was introduced to Yoga through another life-changing swim coach at Delaware, never dreaming it would become her livelihood someday. She has been studying Yoga since 1996, and teaching consistently since 2002. She opened Raven’s Wing Yoga Studio here in Branford in 2004, now with two locations, holding over 25 classes a week with 15 exceptional teachers. Raven’s Wing has always been a place for positive change, not only helping folks deal naturally and effectively with bodily aches and pains, but to help deepen a practice of self-acceptance, calm and discipline. These are the very attributes that swimming gave to her at a young age.

Sally lives in Branford and most important in her life are her husband Aaron, son Gordie and daughter Lua. We are proud to induct Sally into the HOF, not only as an outstanding athlete, but someone who contributes to the good life we enjoy in Branford.