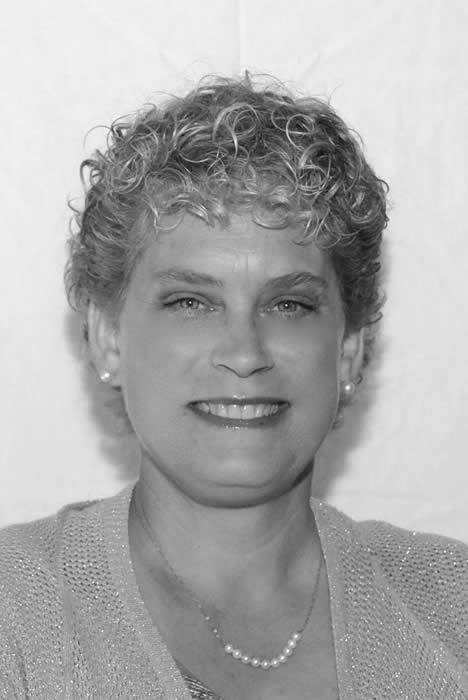 Robin McColl Axtell has a long history of involvement in both Branford and Branford Sports. Robin is the daughter of Roberta and Jack McColl, himself a Branford Sports Hall of Fame recipient, and sister to John R. McColl III, Dr. Susan G. McColl and Lauren McColl Sullivan. She is proud to be a granddaughter of the late Ellena and John R. McColl Sr., and Mildred and Robert B. Walker.

A 1981 BHS graduate Robin was a student council representative, an honors student, and senior class vice- president. After high school she attended the University of Rhode Island and Southern Connecticut State University where she received her B.S., her masters in education, and her sixth year degree.

Robin stayed in Branford and worked for her fathers company McColl-Wade, Inc. and then as a realtor with E.R.A. Coastline in Branford. She has also been a volunteer in various Branford community activities. For the past fifteen years Robin has taught in Branford, first at John B. Sliney and for the last six at Walsh Intermediate School. She has presented at regional and national conventions of the National Science Teachers Association and in 2010 was nominated for Teacher of The Year.

Robin’s main sports interest starting at the age of five was figure skating, something she did with her two sisters at both the New Haven Coliseum and East Haven Rink. At BHS she played basketball as a freshman, and softball her sophomore and junior years.

Robin’s passion, however, was field hockey. She was a three year starter on coach Cathy McGuirk’s first teams as those teams evolved into Branford’s first Housey league champions with a 13-3-3 record her senior year. That year she helped to establish the foundation of an amazing sixteen year run of consecutive appearances in at least the semi-finals of the state tournament. Playing center back or link she was selected second team all-league her sophomore year and first team her junior and senior years. Robin was the captain her senior year and Most Valuable Player in both her junior and senior years. In the days when only one all-state team was chosen to represent classes L, M, and S, she was the first of many Branford players to be chosen First Team All State. In the fall of 1980 the New Haven Register broke with tradition and chose a female to be their single Athlete of the Week. They chose Branford’s Robin McColl.

In college Robin played field hockey for the University of Rhode Island for two years and then at SCSU where, in her senior year, despite multiple stitches received in the semi-finals the previous day, led her team over Smith college to win the E.C.A.C. title.

Married for 21 years to Robert Axtell, PhD., Robin is in her thirteenth year assisting Hall of Fame coaches Cathy and John McGuirk coach the BHS field hockey team. During those years, interrupted for two years to spend time with her daughter Elizabeth, now 7, the teams she helped coach through 2011 had a record of 180-29-14-5, were seven times SCC League Champions, State quarter-finalists once, 6 times semi-finalists, once State Finalists and three times State Champions.

As a Branford resident, volunteer, teacher, and coach, Robin continues her life long involvement with Branford.