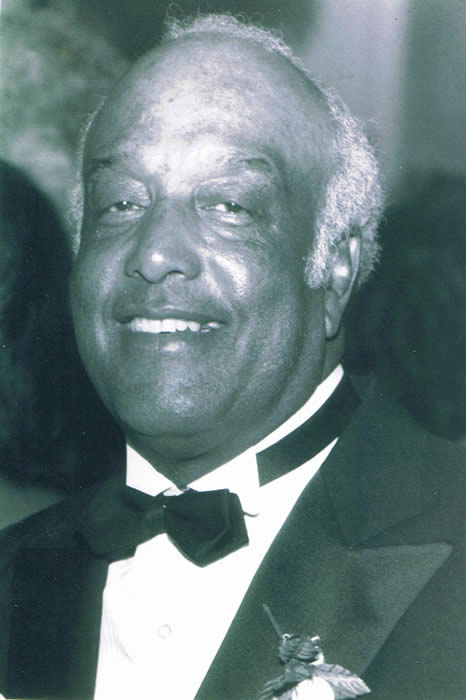 Reuben Taylor came to Branford from New York City in time to begin his sophomore year of high school. He played both football and baseball for the Hornets, lettering in both. .After graduating from high school in 1951 he continued his involvement in sports, playing American Legion baseball and later, playing two seasons of baseball with the Branford Townies.

In February, 1953 Reuben began service with the U.S. Army during the Korean War. He was honorably discharged from military service in January, 1955.

During the mid-1950s Reuben was again involved with local sports, playing adult league basketball and in the summer, Branford Rec. department fast pitch softball for the George Washington Carver Club. In the mid-1960s Reuben found his true passion when he took up golf. Over the years he has played all over the state, but New Haven’s Alling Memorial Course is where his personality has garnered him many friends.

Following his military service, Reuben attended Wentworth Institute of Technology in Boston, Massachusetts. He began his employment with the New Haven Redevelopment Agency in 1965 as a social service worker. He later became Program Director for the Housing Information Center. In 1970 he visited five European Countries on a NAACP sponsored study tour of European building systems. While he was on special assignment to the Urban League of Greater New Haven, he headed the Homes Now Program, which enabled him to assist hundreds of families to realize the American dream of home ownership. In 1978 – 1979 he served as interim executive director of the Urban League of Greater New Haven. He returned to the New Haven Redevelopment Agency as a mortgage specialist, the position from which he retired in 1999 after thirty fours of service.

In his retirement, Reuben joined the firm of Gaudioso Associates in East Haven as a real estate broker and sales consultant. He is a member of the Greater New Haven Association of Realtors and received the Realty Group 2000 Award in 2002 and the Community Service Award in 2004.

Reuben has served on the following boards: Connecticut Housing Coalition, Home Inc., Housing Rehabilitation Institute, Salvation Army, Habitat for Humanity and the Urban League of Greater New Haven. He has been involved with the New Haven Family Alliance and the Black Social Workers Association. He is currently a member of the Livable City Initiative Board.

He is a member of the Knickerbocker Golf Club, Inc., The New Haven Golf Association and the Dixwell Avenue Congregational United Church of Christ.