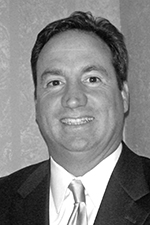 Any individual who had the good fortune of associating himself with 1995 Branford Sports Hall of Fame inductee Ray DeFrancesco no doubt witnessed a man who summoned passion toward his work, enjoyed helping others and shared his knowledge with successful athletic teams in high school, college and now, the amateur rank.

A native of New Haven’s Newhallville section, DeFrancesco attended Hillhouse High School, where he was a star center and a second team All-State football player.

He continued his athletic career at New Haven State Teachers College (now Southern Connecticut State University) starring for Jess Dow’s football team for four years.  He also batted over .320 in baseball.  Ray was elected co-captain of both the football and baseball team in his final year.  After graduation in 1953, DeFrancesco spent two years as a Naval officer during the Korean War.  While there, he was chosen to play for the United States Naval All-Star Team against the Washington Redskins in an exhibition game in San Diego, California.  After the U.S. Navy and while teaching in East Haven, DeFrancesco earned a Masters Degree and Advanced Sixth Year Certificate from Fairfield University.  He then returned to Southern in 1956 as the Owls’ first Freshman football coach.  Ray served as an Assistant Football Coach until 1974 and was Southern’s Freshman Baseball Coach until 1974 and was Southern’s Freshman Baseball Coach from 1958 to 1972.  A resident of Branford since 1958, Ray has been associated with Southern athletics for a span of four decades, at which time he has directed the Owls athletic programs to national prominence in Division II of the NCAA.  Since succeeding Jess Dow as Director of Athletics in 1974, he has led Southern to four NCAA Division II team championships, two in Men’s Gymnastics and two in Soccer.

Tonight’s inductee has served as an administrator on the Executive Council of the ECAC, is a past President of the Eastern Intercollegiate Gymnastics League, a former member of the National Gymnastics Committee, and the Chair of the ECAC Infractions Committee.  Ray is one of the founders and past Treasurer of the New England Collegiate Conference, one of the strongest Division II conference in the country.  Ray played an instrumental role in the Region Eight Special Olympics as well as the State Special Olympics.  This summer, he served as Deputy Commissioner for Track and Field for the World Games.

Besides being a high school basketball official for many years in the state, on which he was a frequent volunteer for Branford’s Frank J. Kinney basketball tournamnet, DeFrancesco has also coached  the American Legion baseball team for 15 years.

DeFrancesco who retired in 1992, is now involved in many voluntary community activities including the United Cerebral Palsy Association and coach for the Challenger baseball team and bowling team for the handicapped in the Annex Little League.

Ray and his wife, Joan, have five children-Nancy (Butler), Ray Jr., Mary Beth (Clidden), Billy and Chris, along with six grandchildren.  “I’m very proud of this honor into the Branford Sports Hall of Fame.  It’s a thrill to be recognized by your hometown,” said DeFrancesco.