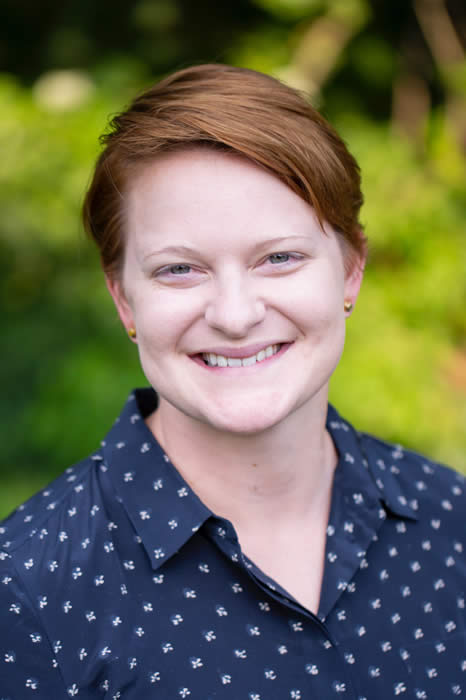 Branford Field Hockey and Hall of Fame coaches Cathy and John McGuirk always believed that the goalie position was a huge key to having a successful season. Cathy had played goalie in high school and college, starting all four years at Southern Connecticut. Branford has had eleven goalies play in college. Most made All State in high school and all played on teams with great records. Among that superb group and considering both high school and college accomplishments, Rachel Chamberlain deserves special recognition.

At BHS Rachel, one of four sisters to play field hockey for Branford, was the starting goalie for three years. During those years, the team’s record was 50 wins, 6 losses, 2 ties and one overtime loss with 36 shutouts. In Rachel’s last two years the team was twice SCC champions, had a combined record of 37-2-0-1, and were State Champions both years.

After her senior season in 2005 Rachel was chosen first team All SCC, New Haven Register All Area, and first team All-State. After playing in the senior all-star game her outstanding play led to her being chosen MVP of the game. For her dominant play in shutting out Hand 1-0 and stopping a penalty stroke in the State Finals Rachel was chosen as the outstanding player of the State Championship game.

Rachel obviously played on great teams but she played the pressure position as the last line of defense. She became a superb high school and later college goalie. Her best assists were her intellect, courage, attitude, work ethic, and competitiveness. She understood the point of the coaching she received and worked hard to develop and refine goalie skills. Very importantly, she did not panic and was able to deal with the very real pressure of playing goal. In the State Finals, she remembered where the Hand stroker had shot in a pre-season jamboree, which helped her to block the shot, an impressive display of reaction and calmness in such a situation for a then sixteen-year-old senior.

Beyond field hockey Rachel was a top point earner for both the girls’ indoor and outdoor track and field teams. She excelled in both discuss and shot put, where she holds the indoor record of 36’9”. She made All SCC and ALL State in both events.

Rachel was a natural leader and very mature for her years. She was superb in working with younger players, her peers and adults. It was natural that she was chosen as captain for all three teams her senior year.

Rachel was recruited to play field hockey by D1 Providence College and was their starting goalie for four years. During her freshman year she played with Hall of Fame member Melissa McGow Klauder. As at BHS she played on good teams, which were nationally ranked, and Rachel’s contributions earned her many honors. She was multiple times Big East goalkeeper of the year, multiple times All Big East Team, multiple times All Northeast Region, made the All-Rookie Team and most impressively, was an All American. An excellent student Rachel was four times a Big East Academic All-Star and made the D1 National Academic squad. Rachel was truly both a big time student and athlete.

Considering both her high school and D1 accomplishments and honors, Rachel Chamberlain must be listed as a member of a tiny group of all time Branford high school athletes.

After graduation from P.C., Rachel joined NATIXIS Investment Managers in Boston and was assistant Vice President of the client solutions group at age 23. She left NATIXIS to earn her MBA from the University of Chicago. Rachel presently works in NYC for Ellevest, a financial technology startup that specializes in investing for women where she is director of private wealth business.