Inductees by YearPhilip A. DeLise 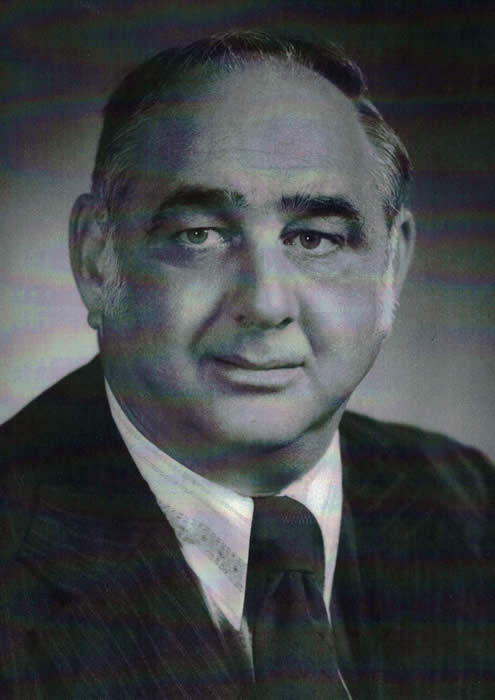 Philip DeLise was an advocate for education and athletics in the town that he loved, Branford and especially Branford High School. Phil strongly believed that everyone is entitled to a high quality education. He also believed that through athletics, young men and women can develop a healthy mind and body, learn teamwork and comradery, strive to be leaders and make lasting friendships. Phil was a doer! When the American Legion baseball program was foundering due to lack of monetary support, Phil sought Bob Massey, Sr. to ask him to sponsor the team, which he generously did to help the program thrive to this very day. Phil also saw the need to assist the Junior Football program when it started to fail due to lack of monetary funds and spoke to town business owners who came to the program’s rescue.

Often, Phil would be found at sporting events, especially football and basketball games, cheering BHS athletes. He loved to watch his students perform. However, Phil also knew it was important as a BHS administrator to walk the hallways and visit the cafeteria to talk to all students. Phil would offer praise to athletes on a job well done and remind them to keep up the good work.

Phil held leadership roles in Branford organizations. He was Past-President of the Rotary Club and a Past-Commander of the American Legion. He was also a member of many other civic organizations. He would present the needs that the BHS athletic programs had to these town groups and was always grateful for the support they gave to his many requests.

Phil was born in 1930. Before Phil began his education career, he was in the Air Force stationed in Long Island, NY during the Korean Conflict. After the service, Phil majored in economics at Quinnipiac University. He later earned his master’s degree and sixth-year certificate from the University of Bridgeport. After college, Phil worked a manager, first at Shemitz Electric and later at B.H. Spinney Company. During this time, he was asked to teach night classes in Distributive Education at Wilbur Cross High School in New Haven. Soon after he was offered a day job there and acknowledging that he truly loved teaching, he took a substantial pay cut to teach full time – a decision he never regretted. Phil came to Branford High School in 1965 to launch a vocational education program. He eventually became an assistant principal and principal of BHS.

For Phil, this saying held true throughout his life: For every good man there is a great wife. He adored his wife, Alba, who was always supportive of all he did. He referred to his five children as his treasures: Mary Elizabeth, David, Philip, Pamela and Mark. He was a loving and doting grandfather to his eight grandchildren. Phil passed away in 2016. He is dearly missed by his family.