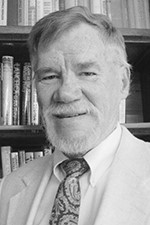 Although he resided in the Indian Neck section of Branford as a youngster, 2008 Branford Sports Hall of Fame inductee Peter Dzwonkoski lived at the Branford Community House playing basketball. Tonight’s inductee played all forms of hoops ranging from school leagues to pick-up games and “shoot-arounds”.  It was thru his intuition of the game, his commitment to excellence, and his competitive spirit that made him a stellar two-sport athlete.

Peter lettered in football and basketball during his last three years at Branford High School and was a starter in his junior and senior years.  As a center on the basketball team, he averaged 12 points per game with a high game of 35 points.  During his junior year, Peter led the Hornets to a 12 win season.  He was the leading scorer in four of the victories.    In Branford’s win versus Eli Whitney, 75-36, Peter netted 18 points and he scored double figures versus the alumni (69-64).  As the Hornets traveled for only its second road game of the season, the team defeated Derby 58-55 as tonight’s inductee was the high scorer with 20 points.  With 18 points, Peter helped Branford escape Shelton with a 65-63 decision. Selected as a team captain in his senior year, Peter was named to the Honorable Mention All-State team. The highlight of that season was beating East Haven, 41-39, in the old Armory. Peter scored the winning points and grabbed the final rebound to preserve the win.   An accomplished student, Peter was president of his class in his freshman and junior years, treasurer of the Student Council and president of the National Honor Society.

This inductee played varsity football in his last three years.  He played end on offense and on defense, tackle, some of the time.  He also kicked extra points and in his senior year had the best record in the state, rarely missing a kick. In 1955, he started with the first string on a Branford team which reeled off seven consecutive victories, starting with its home opener against St. Mary’s, a 30-0 shutout, followed by wins versus Derby (19-13), Lyman Hall (34-6), North Haven (6-0), New Canaan (7-6), Seymour (27-7), and Stonington (27-7), before losing its last two games by close scores to Shelton and East Haven.  Tonight’s inductee played with fellow Sports Hall of Fame inductees Skip Sciarra (class of 1994) Barry Royden (1996), and was coached by Dom Cote (1992).  Following high school, Peter went to Yale University from 1958 to 1962 and played junior varsity football under coach and fellow Branford Sports Hall of Fame inductee Stu Clancy (Class of 1989) in his sophomore year.

After Yale, Pete’s travels took him to Milford Academy from 1962 to 1965, where he taught English and coached junior varsity basketball to winning records in each of his three years.  After Milford, he attended Indiana University in Bloomington as a graduate student in English and, in 1970, earned his Ph.D. with a doctoral dissertation on the poetry of T.S. Eliot.  Following graduate school he accepted an offer to teach at Phillips Academy in Andover, Massachusetts, where he also coached freshman basketball to three winning seasons and served as varsity line coach in football.

From 1973 to 1978, Peter was assistant curator of the Collection of American Literature in The Beinecke Rare Book and Manuscript Library at Yale University.  From 1978 until he retired in 2001, he was Director of Rare Books and Special Collections at the University of Rochester Library in Rochester, New York. At Rochester, he served as General Editor of the three-volume Dictionary of American Literary Book Publishing, published by Gale Research in 1986. For the last thirty years, Peter has written a column on books and book collecting for the New York-Pennsylvania Collector, a national monthly.   During this time Peter competed in dozens of 10Ks and three marathons.

Since he retired, Peter has owned and operated Dewydell Books and Prints, selling used and rare books on the Internet.  Residing in Rochester New York with his wife, the former Cassandra Zarzycki, Peter is the father to one daughter, Julia, from his first marriage.