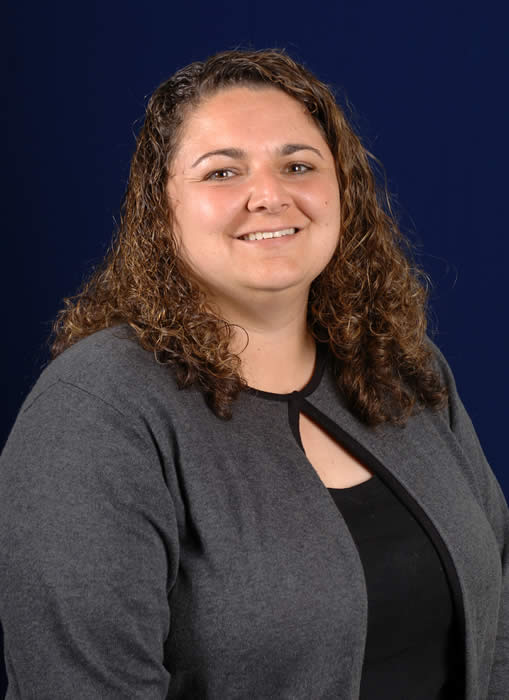 Paula Miller is a 1992 honors graduate of Branford High School where she was a standout tennis player for four years and a three-year varsity basketball player. She was born in 1974 to Paul and Cheryl Rembac and attended the Branford schools.

Paula, whose high school tennis coach was Hall of Fame member Bill Previdi, earned a varsity letter in tennis for the Hornet’s 13-3 tennis team which was co-champion of the Housatonic League and CIAC Class M State Champions. As a sophomore, Paula posted a 12-5 individual record for the 17-1 Housatonic League Champs, which lost 4-3 to Darien in the State Finals. That year Paula was named the team’s most-improved player. In Paula’s junior year, Branford compiled a 19-1 record, garnering a third straight Housatonic Championship and was a finalist in the CIAC State Tournament. Paula was named to the All-Housatonic Team and was co-MVP with Hall of Fame member Margery Leete. During the summer she was a member of the Gold Medal team in the Nutmeg Games. Paula continued her remarkable success in tennis, leading her team to a Housatonic League Championship and a 13-4 record. She played #1 singles and won 12 matches. All-Area and All-Housatonic honors were presented to her and she was named the team’s MVP. As a result of her stellar tennis play and her academic achievements, she was awarded a tennis scholarship to what was then Quinnipiac College (now University).

A four-year basketball player for the Hornets, Paula was a standout performer who lettered as a junior on a 12-3 team and was third on the team in scoring. In the summer of 1989, she and teammate Debbie Cooke represented Branford on the girls basketball team in the Greater New Haven United States Youth Games in Baltimore, MD. During her senior year, Paula was named Honorable Mention on the All-Housatonic league team. She was second in scoring and third in rebounding for the Hornets. Arguably, her finest game was against archrival East Haven when she scored 19 points and had 9 rebounds. Her coaches were Tracy Amodio and Hall of Fame coaches Dave Maloney and Ted Kaczynski.

Paula earned a BS degree in Health Administration from Quinnipiac in 1996. As a tennis scholarship player, her performance on the court was outstanding. She graduated with most wins (83) in Quinnipiac’s history, and helped the Bobcats earn their first NCAA Regional appearance in 1994-95. The college won the New England-10’s Championship during Paula’s final three years at the school, posting a 13-1 record in her senior year, when Paula was team captain. The team was ranked in the top 20 in Division II national rankings. She joined her 1993 teammates for induction into the 2010 Quinnipiac Hall of Fame.

Following graduation, Paula worked in the health profession field, while beginning an active role in community relations. She was a member of the Board of Governors at Quinnipiac for 10 years and president of the Quinnipiac University Greater New Haven County Chapter between 1995 and 2014. Paula has been a member the United States Professional Tennis Association since 2005.

In 1996 Paula was appointed Quinnipiac’s assistant Women’s Tennis Coach, and in 2012 was named Associate Head Men’s and Women’s Tennis coach. Two years later, she was appointed Director of Tennis and Women’s Coach. During her tenure at Quinnipiac, Paula was named Northeast Division I Regional Women’s assistant Coach of the Year in 2006. Quinnipiac was conference champions 5 out of the past 6 years and made appearances in the NCAA Tournament eight times. The Bobcats are undefeated in conference play since joining the MAAC Conference. This year Paula was named the MAAC Coach of the Year.

Locally, Paula has coached girls’ 12 and Under Traveling Team (1995-1998), leading her team to two division titles. In 1997 her team won the Joan Bradley Tournament and was runner-up in the Sal Tinari East Haven Tournament.