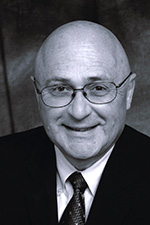 Noble. Considerate.  Righteous. Charitable. These well-deserved accolades describing 2006 Branford Sports Hall of Fame inductee Paul Criscuolo’s work ethic as an athlete, as a businessperson, and as a volunteer, proved without a doubt his value to family, community, and athletics.

A 1967 graduate of Branford High School, Paul was a two-sport athlete – in football as a lineman and as a third baseman in baseball.  He played along side fellow Hall of Famer’s Joe Roberti (1999), Bruce Johnson (2000), Dennis Swirsky (2002), Don Lawrence (2004), and Coach Tom Murray (1992). Following graduation, Paul attended Bryant University from 1968 to 1971 and played third base for the baseball team.  He was the Sports Editor of the college newspaper “The Archway”.

Paul has been one of Branford’s most valuable volunteers and contributors to the youth community.  Paul was a five term President and founder of Branford Hornet’s Nest Junior Football, and coach and commissioner of the Shoreline Youth Football League.  As a devoted shoreline football officer, Paul  has been an active member of the New Haven Board of Approved Football Officials, New Haven Gridiron Club,  and Vice President/Secretary of the Gene Casey/New Haven County Chapter of the National Football Foundation and College Football Hall of Fame.  He is a 30 year member and former president, vice president and board member of the Branford Gridiron Club, and Chairman of the Annual Hall of Fame Classic Scholastic Football All-Star Game.

His love for basketball has ranged from a fan to coach, co-Founder and first president of Branford Youth Basketball, coach and commissioner of C.Y.O. Basketball Leagues, and a two term President and member of the Branford Basketball Boosters.

Currently, tonight’s inductee is a board member of the Branford Recreation Department and the popular public address announcer at all Branford High School home varsity football and basketball games.

For his contributions to the community and organizations, Paul has been awarded the 1994 Branford Gridiron Man of the Year, 1995 Branford Italian-American Club Man of the Year,  and in 1996, the Branford Gridiron Club Man of the Year.  In 2000, he won the John Wentworth Award from the Connecticut Sports Writers Alliance, and in 2002,  he was honored with the Award of Merit from the National Football Foundation and College Football Hall of Fame, and the Elizabeth Bush Award for Leadership in Volunteerism.  Paul is a mentor in the Family Re-Entry Program for Incarcerated Youth.

Paul has been recognized for his contributions as a member of the Italian American Club/Father McGivney Golf Tournament, a member of the Branford Athletic Facilities Building Committee, and a volunteer of the Ct. Special Olympics.

Tonight’s inductee joins his wife, Dody (2002) into the Branford Sports Hall of Fame. He is the father to son, Brian (wife, Martha,) and daughter, Julie, and the grandfather to Prudence and Beatrice.