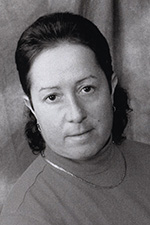 A lifelong resident of Branford, Patti Suppe attended Branford High School  from 1975 to 1978, where she was a three-letter athlete in field hockey, basketball, and softball for four years.

As a member of the high school girls’ basketball team, Patti was an All-Housatonic League selection during her junior and senior seasons.  In 1976, as a sophomore, Patti was a key contributor to the state semi-finals team.  Branford won eight games that  year and lost three in the regular season. Under head coach and fellow hall of fame inductee Virginia Moessmang (’90), Patti was part of a hoop squad which was able to pull together and become one of the most  feared teams in the league.  With her hard work, the team finished  with nine victories, reached the semi-finals of the Class M state basketball tournament, and was named to the All-Housatonic League team.  In her senior season, as a captain of the basketball team, she  was coached by another hall of fame inductee, Toni Cartisano (’93).  Patti led the Hornets to the State Tournament and  broke the all-time scoring record and tied the record for points in a single game twice .   She scored a career total 987 points.

Patty earned Housatonic League All-Star status in Field hockey as well, playing under the direction of fellow  inductee Cathy McGuirk (’94), and was named to the All-Housatonic League team in 1978. In softball, Patty was a starting shortstop for the Hornets and captain of the team in 1978.  She started every game all four years of her career, never missing one.  As a junior, she batted a remarkable .467 and was named Branford High School’s Most Valuable Player.   In 1976,1977, and 1978, tonight’s inductee earned a spot on the Housatonic League team.  She finished her career with a .493 batting average, all time season leader in stolen bases (43 out of 43), career leader in steals, and fielding percentage (.936).

After graduation, Patti attended Southern Connecticut State University, where she started every game at shortstop for three consecutive years and captained the team in her junior and senior season. While attending S.C.S.U., she was a member of the All-City Team in 1981 and 1982 and was part of the Regional Finals team in 1981 and the City Champs team in 1982.  Patti also played basketball during the 1978-79 and 1979-80 seasons.   She graduated in 1982 with a degree in Physical Education.

Patti was a member of the A.S.A. Fast Pitch Softball team- known as the Armstrong Cornets from 1977 to 1980, which competed against the Raybestos Brakettes.  She was inducted into the Connecticut Softball Hall of Fame in 1999.

Professionally, Patti was a teacher in Health and Physical Education  from 1982 to 1986 and later was Records Coordinator for United Illuminating from 1986 to 1987.  She currently serves as Senior Customer Service Manager for Pitney Bowes Management Services  overseeing multiple accounts.

Patti currently resides in Branford where she grew up, the youngest of five children of Frank and Connie Suppe.  She  has three brothers, Frank, Ed, Jimmy, and one sister, Angela.