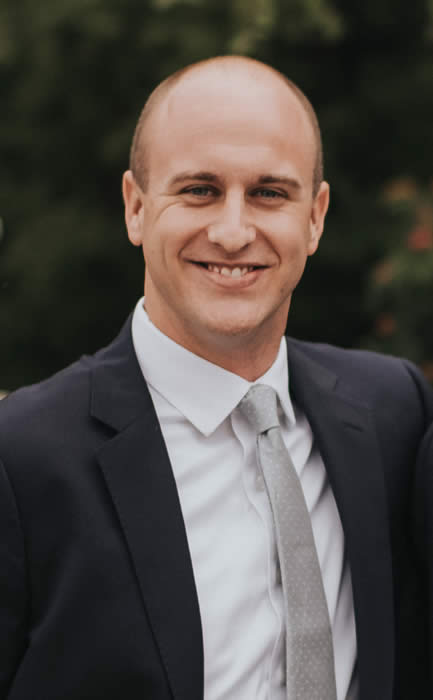 At the youthful age of eight, with the encouragement of Coach Jeff O’Connor (Hall of Fame Class of 2011), Owen Rood took up the sport of swimming. Throughout his high school and college careers, Owen passionately dedicated himself to training. A natural leader and role model, he served as a team captain for the Hornets and at Tufts University. At both schools, Owen broke numerous records and earned All American honors.

As a freshman at Branford High School, in the winter of 2004, Rood made an immediate impact winning many individual and relay events. At the end of that campaign, he made the Class M All State team. For the next three years, Owen dominated on the conference and state levels in the 50 and 100 Freestyle as well as anchoring relays.

During his senior year, he served as a tri captain along with Eric Sokolosky and Dan Aupi. The Hornets led by their captains experienced a magical season. The team was the Class M State Champion Runner Up to New Canaan. At the state class meet, Owen won the 50 and 100 Freestyle. Furthermore, he anchored the 200 Yard Medley Relay and the 400 Freestyle Relay that were class champions. A week later, at the State Open, Rood captured the 50 Freestyle title and was a member of the previously mentioned relay teams that were State Open champions.

In total, he made the All-State team all four seasons. He also was an individual and relay All American. At the conclusion of his senior season, the New Haven Register named him the All Area M.V.P. Coach Rich Thompson, Hall of Fame Class of 2005, stated, “Owen was one of the most competitive swimmers that I ever coached. He thrived in big meet situations. He was a leader through his work ethic and athletic ability while remaining modest in his achievements.”

Owen also excelled in the classroom. He was a high honor student and a member of the National Honor Society.

Rood continued his swimming career by participating at Tufts University under coach Adam Hoyt. As a senior, he was selected by his teammates as a captain. Owen capped his stellar career by winning the 50 and 100 Freestyle events at the NESCAC Conference Championship. Amazingly, Owen was a four-time NCAA qualifier and he swam a leg on the 400 Freestyle Relay that earned All American status.

As fate would have it, as a collegiate athlete, Owen met a talented member of the Tufts Women’s’ Team named Courtney Adams. The young couple married on September 29, 2018.

In the spring of 2012, Owen graduated with an Bachelor of Arts in History. The following fall he obtained a teaching position at the Lynde and Harry Bradley Technology and Trade School in Milwaukee. As a Special Education teacher, Rood taught in a self-contained classroom. Today, Owen and Courtney are residing in Chicago as he is completing his coursework to earn a Master of Public Policy from the University of Chicago.