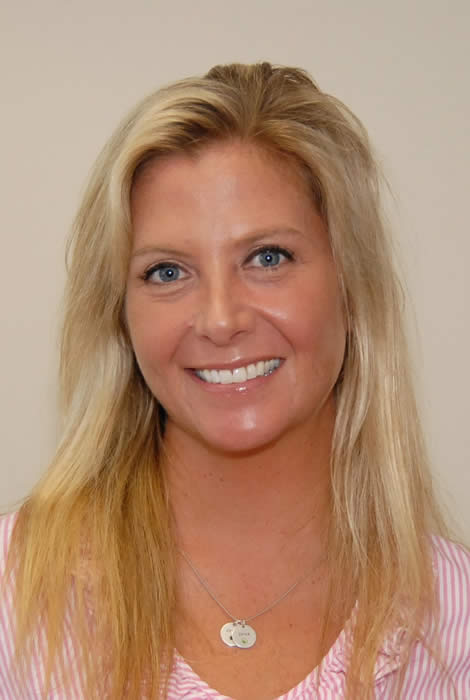 Nicole Hansen’s accomplishments as an athlete at Branford High School were extensive and impressive. During her career, she demonstrated versatility lettering in four sports.

In the fall, Nicole played goalie on the field hockey team. A three year starter, she recorded thirty-four victories and thirty shutouts. During her tenure in net, the Hornets captured three state championships. Her exceptional skills earned her numerous accolades. At the conclusion of her sophomore and junior years, Nicole was named All State Honorable Mention and Second Team All Housatonic League. As a senior co-captain, Nicole earned First Team All Housatonic and All State and she was a member of the New Haven Register All Area team. Hall of Fame coach Cathy McGuirk had fond words to describe tonight’s inductee “Nicole was a team player and she was very coachable. Nicole deserves to be inducted into the Branford Sports Hall of Fame because she has brought honor and distinction to Branford High School, the town, and her family.”

On the hardwood, Nicole possessed quickness and an uncanny ability to see the floor. These skills enabled her to finish her career as the Hornets all-time leader in assists and second in steals. At the end of her junior season, she was named First Team All Housatonic. A two sport co-captain, Nicole was All-State Honorable Mention, First Team All Housatonic and she was a member of the New Haven Register All Area team following her senior campaign. As a highly touted division one prospect, she participated in the CHSCA All Star game.

The spring season brought more athletic prowess for Nicole. As a freshman she patrolled centerfield and earned a varsity letter for the softball team. The following spring, she exchanged her glove for a tennis racket. Remarkably, she achieved First Team All Housatonic honors and she qualified for the State Open in the singles division. In preparation for college athletics, Nicole decided not to play tennis as a senior.

Nicole was also a stellar student. As a senior, she was inducted into the National Honor Society and she was honored as a Scholar Athlete.

In the fall of 1993, she matriculated to Lehigh University in Bethlehem Pennsylvania. Her intention was to play basketball for the Mountain Hawks. However, the senior goalie on the field hockey team suffered a debilitating knee injury. At the encouragement of a friend, Nicole went to a practice. Two days later, she was in net against Princeton. Nicole lettered for two seasons under coach Jackie Kealy.

In her personal life, Nicole has two daughters, Emma and Dylan. She is employed as a freelance consultant in advertising sales.