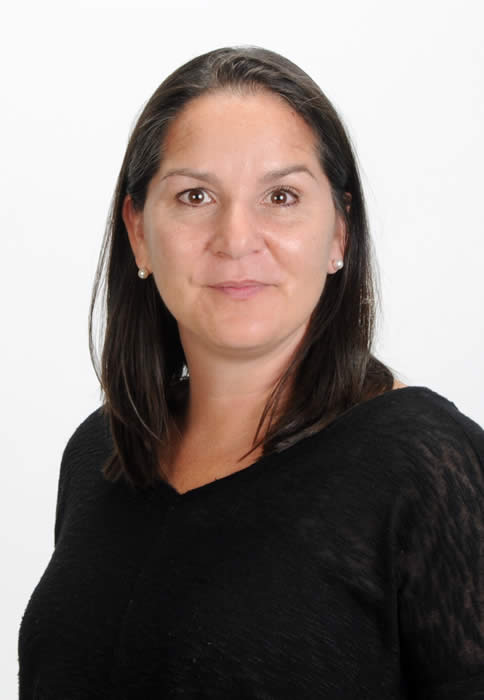 In those days all freshmen had to play on a separate team coached by Hall of Famer Dody Criscuolo at Branford Intermediate School. As a sophomore Michele joined Hall of Fame coaches Cathy and John McGuirk and helped add to the Branford Field Hockey tradition. She earned a starting position at right wing. Michele became a major point producer with her ability to win the ball, beat defenders as she flew down the field before feeding the ball to teammates to score. She had 50 assists in her three year varsity career and scored 36 goals. During her 1989, 1990, and 1991 seasons the Hornets won three more State Championships and amassed a record of 50 wins, 3 losses, and 4 ties. Of all the teams goals scored during her three high school seasons Michele scored or assisted on 37% of them. In her senior year she scored on an amazing 56%.

Michele was a true pressure performer. As a sophomore she scored Branford’s only goal in the State Championship. As a junior she scored the second goal in a 2-0 win and as a senior assisted on the winning goal. Also as a sophomore, Michele earned her honorable mention or third team All Housy. Both as a junior and senior she received the highest honors possible in both seasons by being chosen First Team All League and First Team All State. For scoring 19 goals with 25 assists and helping her undefeated 1991 team become both league and state champions, Michele was chosen by the New Haven Register to be the All Area MVP in field hockey.

Michele was an excellent all around athlete. She was a three year starter for the BHS softball team at the key defensive position of shortstop. She was a big hitter who batted in the “clean up” position, was an All Housy selection and captain as a junior. Off the field, Michele was on the Student Council, National Honor Society, and was class president three times.

As an excellent student and field hockey player, Michele was recruited by Dartmouth College where she played varsity field hockey for two seasons. In her junior year she made the difficult decision to stop playing field hockey to fulfill a lifelong dream to explore her French heritage and live in France. She spent one semester in Lyon studying French language and culture and spent a semester off doing a marketing internship in Paris. Michele was a founding member of the Kappa Delta Epsilon sorority which was created to support the female community at Dartmouth. She earned her BA in government in 1996.

In 2002, Michele married Scott Leddy, a Hamden High School and Trinity College hockey standout whose father and grandfather had each been chief of the Hamden Fire Department. The Leddy’s have lived in Fairfield since 2002 with, son Charlie born in 2004, and daughter Catie, in 2007.

The Leddy clan has continued to be involved with community and family sport activities. Michele has been very active with Fairfield education with P.T.A. volunteer work including liaison with the Board of Education and as an enrichment coordinator. She has helped coach her daughters Park and Recreation soccer teams the last two years. Her husband, Scott, helps coach her son’s hockey team, the Mid Fairfield Junior Rangers, which has been ranked #1 in the United States the last two seasons. Sport will obviously continue to be a significant part of Michele Bourgoin Leddy’s life.