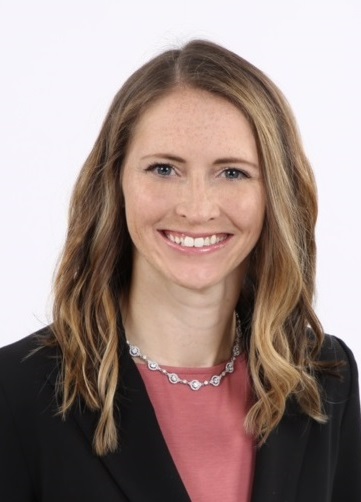 Melissa McGow Klauder was a great high school and collegiate All-American field hockey player. She was also without doubt one of the most accomplished all around female athletes in Branford sports history.

Melissa was an ice hockey goalie. As one of the starting goalies in eighth grade she led her Southern Connecticut Stars 15 and under team to being national Champions and National runner-ups. As a sophomore she joined the Branford high school boys hockey team. From sophomore through senior years she was one of the starting goalies. She was assistant captain her senior year with an 87.90% save percentage. To combine to do both of the above was probably unprecedented in Connecticut sports.

Melissa was the dominate force at the start of lacrosse at BHS. As a forward on the 2000 club team and for the next three years varsity team she started at center. She led the team in scoring each of her four years. Her career stats based on only the three years of varsity play(2000-03) had her scoring 200 goals while also leading the team in ground balls each year. She won 85% of all draws. Her teams were 32-6-1 and SCC co-champs and champs in her last two years. Melissa was the team MVP three times, twice a captain, twice New Haven Register All Area, and twice All State.

In field hockey Melissa was simply spectacular in both high school and college. At BHS she was a four year starter on teams whose combined record was 65 -5-6.

Although she played forward Melissa was a superb defensive player. She constantly stole and intercepted blasts all over the field and was the key defensive player back on corners.

The Hartford Courant chose Melissa as their best field hockey player in the state after he junior season. The New Haven Register chose her as the best female athlete in all sports for the 2002-2003 seasons.

At Providence College Melissa chose to concentrate athletically on field hockey. She played as a forward her first two years and at mid her last two. As at BHS she was a team leader on both offense and defense as she started for four years and never missed a game. She led Providence college in scoring her sophomore and senior years and was only second the other two. She led the team in both goals and assists three times. Melissa also was first on defensive saves her last three seasons.

Providence College played in the tough Big East and were nationally ranked while Melissa played and play she did. She is still (as of 2017) one of only five players in program history to rank in the top 10 in career assists, goals, and total points. She was multiple times the Big East Player of the Week. Academically she earned both Big East and National DI academic awards. Not surprisingly, she was chosen team captain in both her junior and senior seasons. Finally, Melissa was named to the All American Team as a freshman, sophomore and senior.