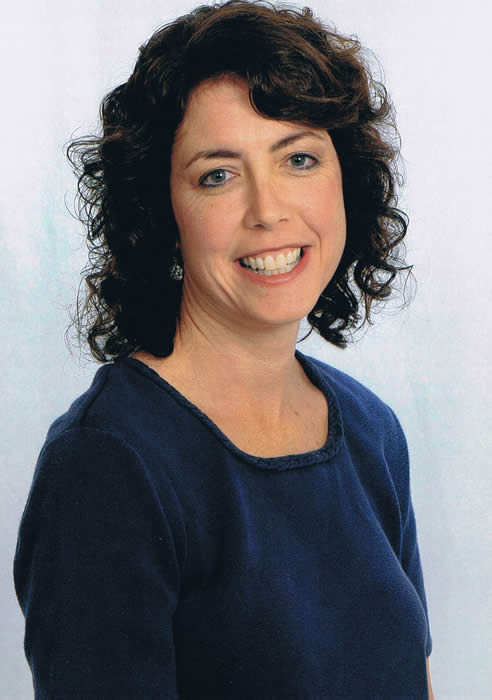 There are athletes who compile mind boggling individual statistics that are never approached and almost seem too amazing to be true. There are also athletes who are incredible leaders, whose commitment to their team exemplifies everything that’s great about sports. They refuse to fail and they will not allow those around them to fail. Then there are those rare athletes who are all of the above. Who lead their team by what they do on the court as well as what they do off the court. In some cases their presence on the team is the beginning of a program becoming a force in their league and the state. Their DNA becomes part of the fabric of the team because they leave so much of themselves behind. We are proud tonight to honor such a player from the BHS girl’s tennis team. Mary Kate Andrews.

In the early 1980’s girls sports were just starting to really take off in Branford as well as the entire country. Mary Kate was a member of the team in her freshman and sophomore seasons. The team had never had a winning record and was not a factor in the Housatonic League up to that point. But that was about to change. Mary Kate was tired of losing.

The team had a new coach in 1983 that brought a message of hard work, commitment and consistency. It was music to Mary Kate’s ears. In those days players played both singles and doubles matches for their team on the same day. A good player could score 2 points or 40% of the total needed to win the match.

Mary Kate played #1 singles and #1 doubles for the Hornets in 1983 and 1984. She was also captain. The team record for those two years was 28-4, second in Housatonic League both years. They qualified for states both years, a first in program history and finished third in Class M in 1984.

Mary Kate’s individual record was even more impressive. She was 15-0 and 16-0 in singles those two years. She was 12-3 and 15-1 in doubles for a total of 58-4 in points scored for the team. She was All Housatonic League both years as well as All State in her senior year. As icing on the cake, she was named to the Prince All-American High School team.

Even with all that her coach, Bill Previdi says that it’s almost impossible to quantify what she meant to the program. “Mary Kate was a coach’s dream. She was like an assistant coach. She worked so hard, set such a great example and loved her teammates so much that we couldn’t help but be great. None of us wanted to let her down.”

Mary Kate was very active at BHS. She was a member of Interact, Latin Club, Student Council and the National Honor Society. She graduated in 1984.

Mary Kate attended Fairfield University where she played varsity tennis for one year. She had a 9-2 record and was rookie of the year. After graduating from Fairfield she attended Quinnipiac University and received a certificate in Occupational Therapy. In 1995 she received the Recognition of Excellence Award from the Maryland Occupational Therapy Association for her work with community programs. She is currently a school based occupational therapist in the York Pennsylvania area.

Mary Kate counts as her greatest accomplishments her 20 year marriage to her husband George, and her two children, Katherine and Michael. George is president of Mount St. Joseph High School in Baltimore. Katherine, age 17, is her school’s student council president and plays varsity soccer while Michael is a varsity soccer and tennis player.