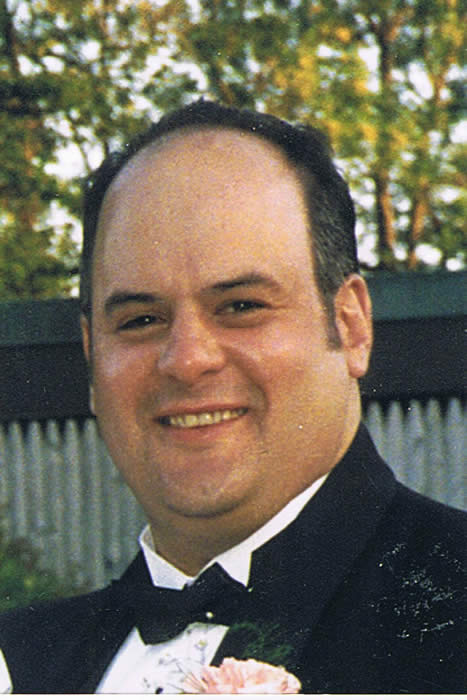 Dedicated, humorous, and kind hearted were just a few qualities that made Mark Borrelli a special individual. Mark was born on May 25, 1960 as one of three children to Louis and Gloria Mattei Borrelli in a traditional Italian family. Throughout his life, Mark displayed unconditional love and loyalty to members of his immediate and extended families.

Louis Borrelli was a federal agent for the ATF. As a result, his family was often required to relocate. The Borrelli’s moved permanently to Branford just before Mark entered the eighth grade. This would be a fortuitous break for three varsity programs at Branford High School.

In the fall, Mark played football under legendary coach Joseph Farina. Strong and agile, he started at offensive guard and defensive tackle. His teammates were drawn to Mark’s infectious laugh and natural leadership skills. Consequently, they selected him as a captain during his senior campaign. Mark went on to earn three varsity letters on the gridiron.

The winter season brought more accolades for Borrelli. As a member of the Indoor track team, he set the school record in the shot put as a junior. Despite his success, Mark had a passion for the sport of ice hockey. As a kid, he played youth hockey in the East Haven program with his older brother Louis. Before his senior year, the hockey program was elevated from club sport to varsity status. Mark joined and lettered as a defenseman.

In the spring of 1975, Mark joined the Outdoor track team. By the time he graduated in 1978, he clearly was and still is the greatest thrower in the sixty-four year history of the program. As a senior, he was All Housatonic in the discus and shot put. That same season, he earned All State honors in the shot put. His BHS records of 54’7.50″ in the shot put and 159’10” in the discus still stand today. Longtime weight team coach Joe Fazzino stated “Mark had a great sense of humor. However, he was not afraid to work hard. His technique was outstanding and he dedicated himself to his events.”

Mark matriculated at Southern Connecticut State University. At Southern, he continued to compete under longtime track coach Will Wright. The pinnacle of his collegiate career took place in 1981 when Mark earned All American honors in the hammer throw with a toss of 206 feet. The following spring he graduated with a degree in Business Management.

Professionally, Mark worked as an investment broker. He was a manager at Merrill Lynch and a branch manager at Prudential Securities. While at Prudential, he was selected from a national pool, as the recipient of the “Prudential Community Spirit Award.”

In 2005, another Borrelli achieved greatness in the shot put. Mark’s nephew Greg was an All Southern Connecticut Conference and All State performer at Hamden High School. Mark enthusiastically coached Greg while in high school. Despite being seriously ill, he continued to coach Greg while he was throwing at the University of Rhode Island.

In his personal life, Mark married his high school sweetheart Donna Green Borrelli in April of 1985. They had three beautiful daughters named Stephanie, Samantha, and Leah. Mark found tremendous gratification in coaching his daughters in recreational softball and basketball. He was also proud to watch them compete in dance competitions.

Mark passed away on August 23, 2011. For years he courageously fought a terminal illness. Through family, friendships, volunteerism, and coaching he touched the lives of countless people. His legacy will carry on for decades to follow.