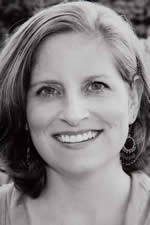 As a member of the field hockey team, she was a four year varsity player under coaches Cathy and John McGuirk. Margery played the midfield position which required her to play offense and defense. Superbly skilled, she finished her career with 33 goals and 19 assists. Leete was selected as first team All Housatonic in both her junior and senior seasons and she earned first team All State honors as well for those two seasons. Furthermore, the New Haven Register honored tonight’s inductee by naming her as their “Field Hockey Player of the Year” for 1990. Most impressively, she earned All America honors by the United States Field Hockey Association.

Despite her personal accolades, Leete always put the needs of the team before individual goals. During her four year career, the Hornets captured three Housatonic League championships. Those talented teams also dominated on the state level winning state championships in 1988, 1989, and 1990. The team’s record during Margery’s career was 65-4-5.

In the winter, Margery played basketball for four seasons. She was a three year varsity player and started at both point guard and shooting guard.

Tonight’s inductee also excelled on the tennis court. She was a varsity athlete all four years. Margery excelled in doubles competition with Cindy Jackson. During her junior season, she was All Housatonic (Leete was also All Housatonic as a sophomore), All State, and All New England in doubles. That historical season, the Hornets won their first state championship. She was selected by her teammates as the team’s most valuable player following her junior and senior seasons.

In the classroom, Margery was a dedicated and accomplished student. She was a member of the National Honor Society and Student Council. In 1991, Leete was recognized by the U.S Army Reserves and the New Haven Tap Off Club as a scholar athlete.

Following high school, she attended and flourished at Yale University where she graduated in 1995 with a degree in Psychobiology. Margery was a four year varsity field hockey player and captained the Bulldogs her junior season. She was selected as the team’s most valuable player and she earned Academic All America and All Ivy League honors as a senior. Lastly, Leete was the recipient of Yale Club of New Haven Carm Cozza Scholarship and she was selected to the Yale Psi Chi Psychology National Honor Society.

Currently, Margery is an Information Technology Manager for PerkinElmer located in Shelton. Margery and her husband Manny have two children, Madeline and Leighton. The family resides in Branford.