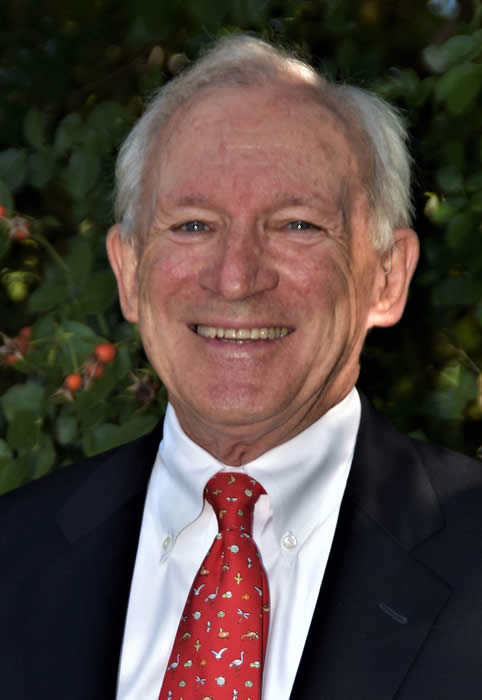 Kevin McDonough was born to Helena and Michael McDonough just before Halloween in 1943, in New Haven, during the dark days of World War II. He grew up in the Goatville section of the Elm City where he developed a strong set of values, including stellar work habits and was nurtured in competitive athletics. Kevin was immersed in sports in Goatville, playing Little League baseball and sandlot football and baseball for the Goatville Ramblers against similar teams from the New Haven area.

Kevin attended Notre Dame High School. Although he did not participate in athletics, he absorbed the great passion for sports that was part of the Notre Dame experience. He continued his education at Providence College, where he majored in French. Shortly after graduation, Kevin was hired to teach French at the Branford Intermediate School (now Walsh Intermediate School). It was here that a great teacher emerged, as Kevin developed a humanistic style of working with teens that has marked his teaching/coaching career since. Kevin also assisted Rich Tott in coaching basketball at the Intermediate School. During this time, Kevin earned a Master’s Degree from Southern Connecticut State University.

In 1978, Kevin was hired as a guidance counselor to work at Guilford High School. Here he thrived, developing a reputation as a highly effective counselor who performed magically with teens who were struggling. During his time at Guilford, Kevin coached baseball as an assistant coach with Vin Gagliardi and Paul Lamonica.

When Jack Corning was hired as Branford’s baseball coach, his first move was to recruit Kevin as an assistant coach. Under the leadership of Jack, Kevin and Chuck Reale, Branford’s baseball prominence developed. Kevin’s mentoring of catchers and infielders helped him earn the respect and admiration of a large following of players. Above and beyond his teaching of the fundamentals was his counseling and encouraging of individual players, who grew into mature young adults. When George Dummar took over the coaching at BHS, Kevin continued with the Hornets, as a volunteer assistant. In 2009, Branford won a State Championship over number one ranked Berlin High School by a 4-2 count. It was one of the highlights of Kevin’s coaching career. He is respected and loved by his players.

Hall of Fame member Chet Blomquist introduced Kevin to competitive volleyball while they taught at the Intermediate School. Rich Tott also became associated with “Chet’s Jets”, as their team was called and competed in Branford, winning the Blomquist Tournament, as well successfully playing in tournaments across the state.

One of Kevin’s little known passions is boxing. He was a regular at the Ring One Boxing Club in New Haven. His associations with Elm City boxers and New Haven’s boxing youth continue to be special to Kevin.

Kevin continues as a singer in the VonZells, a small, professional, entertainment group that has performed together in local clubs and resturants for 37 years.

Kevin and his wife Jane have two adult children, Matt and Kate. The McDonoughs live in Guilford.