Inductees by NameKenneth and Richard Preiss 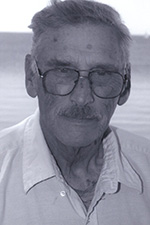 Behind every successful team is an individual who provides support, enthusiasm, and loyalty.  Since the early 1990’s, Branford has been fortunate to include in its athletic family two devoted “fans” in 2006 Branford Sports Hall of Fame inductees, Richard and Kenneth Preiss .

Ken Preiss attended Hillhouse High School in 1940 but left school before graduation to enlist in the United States Navy from 1943 to 1946 for services in World War II.  As a Signalman 2nd Class, he had tours of duty in Europe and the Pacific.  Following his military service, Ken worked at the Rockbestos Wire and Cable Company in New Haven, Connecticut as a Machinist Inspector and Shipman for 42 years.  Tonight’s inductee has been an active community volunteer in the Short Beach Hose Hook and Ladder Company Number Four and was its secretary for 22 years.  Currently, Ken is Captain of the Branford Fire Police Squad. He has been a member of the squad since 1995.  As a resident of the Short Beach section of Branford, he has been Coordinator/Financial Secretary for the Short Beach Days Committee since 1990.

Richard Preiss was born and raised in Branford and went through the Branford school system.  “Richie” is a 19 year- volunteer member of the Short Beach Hose Hook and Ladder Company Four.  In 1995, he joined the Branford Fire Police Squad.  In 1990, tonight’s inductee went to work at Echlin, Inc. under the Vocational Training Program and was a mainstay there for 13 years until its closing in 2003.

Branford High School athletic director and head boys’ basketball coach Jake Palluzzi named Richard  the team manager in 1990 and to this day remains a valuable component to the Hornet’s basketball program. Today, “Richie” is an active member of the Branford Recreation Department’s team.  He is involved in the “Afternoon Adventures” program, after school basketball, and his favorites, the Frank J. Kinney Boys and the Joan G. Bradley Girls Basketball Invitational Tournaments.