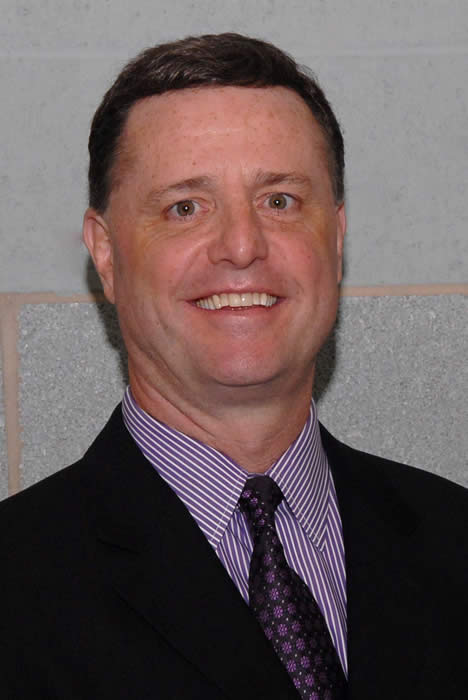 John Kessler Jr. is a 1977 graduate of Branford High School where he excelled in basketball, leading the team to an 18-2 regular season record and the Housatonic League Championship in his senior year as co-captain with Hall of Famer Jim Freund. A two year varsity letterman in basketball, Kessler also played freshman football and baseball. His 1977 BHS team was an awesome array of basketball talent with four starters averaging in double figures, including Kessler who had a 12.1 PPG average and averaged 7.8 rebounds per game. He was a strong defender for the Hornets, which held their opponents to 55.7 points per game. The New Haven Tap Off Club honored Kessler with its Scholar Athlete Award in 1977. A popular member of his class, he served as a class officer for the Class of 1977 and was an honor student.

Upon Graduation, Kessler enrolled at Clark University. Under basketball coach Wally Halas, Clark enjoyed a phenomenal period of achievement with Kessler playing a major role in the team’s success. Becoming a regular as a junior, the 6’4” swingman was part of a four year NCAA Division III Tournament run which saw Clark annually ranked in the top ten nationally and win two New England Div. III. Championships. In his senior year, Kessler averaged 12 ppg., was second in rebounding and hit on 56% of his field goal attempts. His most memorable game was against Division II. powerhouse, Assumption College, which previously had defeated Clark 31 consecutive times. The headline the morning after the game said it all, “Clark and Kessler Finally End a Jinx.” In Clark’s most important victory in over 30 years, Kessler scored 16 points, dominated on the boards and on defense. His play prompted his teammates to call him “The game’s M.V.P.” Kessler’s college career ended in the NCAA Quarter Finals with a heartbreaking, 87-81, loss to Potsdam State, the eventual National Champion, ending a 24-3 season for the Cougars.

Following graduation from Clark with B.A. and M.B.A. degrees, Kessler entered the business world and soon became successful in marketing. Despite a heavy work load, he continued to follow his passion for athletic competition, playing men’s league basketball in Milford, West Haven, New Haven, Branford and Guilford, capturing many league titles and earning M.V.P. honors on several occasions. He also was part of a number of 3 on 3 state champion teams, as well as a competitor in many 5 on 5 tournaments throughout Connecticut. His love of athletics was not reserved for basketball alone. He was very successful in softball, playing for America’s Cup, the Garage Café, Neal’s Wood Flooring and the Eel Pot, winning many league titles. He successfully competed in state softball tournaments on a regular basis.

John Kessler has an impressive record of contributing has time and talents to worthy causes in his hometown. He served on the RTM for six years and was a member of the Branford Festival Committee for several years. As Chairman of the Branford High School Basketball Golf Classic for the past 22 years, Kessler’s efforts led to generating over $100,000 for BHS boys’ basketball and the Myelin Project. He has served as a member of the Parent Advisory Board and is a field hockey and girls’ lacrosse booster club member. He also served as a member and Chairman to the Connecticut High School Basketball Classic. In addition, he has been a coach for Branford Junior Basketball and Branford Junior Softball. He is a Community Dining Room volunteer for Thanksgiving and Christmas Day meals.

John Kessler Jr. is the son of Elizabeth Kessler and her late husband, John. Kessler and his wife Kathy have two daughters, Kayleen and Karlee.