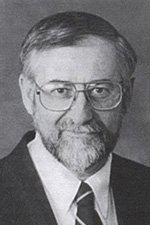 His heritage brought him from San Giorgio ( di Pesaro), Italy to the Connecticut shoreline towns of Branford and Guilford. Regardless of where he was, 1999 Branford Sports Hall of Fame inductee Joe Roberti  brought to his family and friends, his teammates, his community, and to himself, a sense of pride in his achievements as a three sport high school athlete, a varsity football player at Yale University, and as a teacher and coach in the North Branford school system.

Born  in San Giorgio, Italy ( a small hill town in the Marches province near the Adriatic Sea) in 1948, Joe and his family immigrated to the United States and to Branford in 1956, when Joe was eight years old. He attended Branford schools and in particular, Branford High School from 1964 to 1967. Joe played football, basketball, and track for four years and earned 10 varsity letters. As a member of the Hornets football team, he played three years as a starting quarterback and also played some halfback and defensive back in his senior year. At times, Joe was called upon to handle the punting and kick off duties. While Joe played football at Branford, the Hornets enjoyed winning seasons in each of his four years there (a 20-14-1 win/loss/tie record, a .571 winning percentage). During his senior year, Joe was the captain of the Hornets football team and was named to the All-State second team, first team All-Housatonic League and received the Stu Clancy and Savitt Awards for sportsmanship  as well as the scholar athlete award from the National Football Foundation.  He also won the Andy Carrano award for versatility  in athletics.  He played on the same team with fellow inductee  Leon Brazzell and coached by 1992 Hall of Fame inductee Tom Murray.

His role on the basketball team came in the form of a defensive star and ball handler, helping the Hornets to win a Housatonic League title in his senior year.  Joe was part of the 1964-65 team which captured a win/loss record of 15-5 and reached the second round of the Class B State Tournament, defeating Windsor Locks (84-43) before losing to Abbott Tech in a close battle, 55-52.  In his junior year, Joe and the Hornets enjoyed a 16-4 record and again qualified for the state tournament, losing in the second round to Southington (73-62).  As a senior, tonight’s inductee helped Branford to its Housatonic League title with a 16-1 regular season record before defeating Farmington (79-66) and Berlin (82-63) and reaching the semi-finals of the Class C.I.A.C. Class B Tournament game against Abbott Regional Tech, losing 70-61.  Joe scored 192 points that season and averaged 9.6 points per game. He received the first scholar athlete award from the Tap-Off club.

His career as a member of the track team was equally impressive.  He was a jumper and sprinter for the Hornets and as a sophomore ran the half-mile and the mile. He held the Branford High School long jump boys record of 21 feet, 9 inches. In his senior year, he was the Housatonic League champion in the long jump. He received the MVP and High Scorers awards in his senior year.

Following graduation from Branford, Joe attended Yale University and played varsity football as a two year starter as a defensive cornerback.  Yale was a co-champion team of the Ivy League in 1969.  Joe received the MVP for defense and also played with current Chicago Bears head football coach Dick Jauron. As a senior, he received the Woody Knapp award for defensive backs.  He graduated in 1971 with a Bachelor of Arts degree in Fine Arts.

After graduation from Yale University, Joe was an assistant coach for the Bulldogs team for one season.  He received a Teaching Certificate Degree from Southern Connecticut State University in 1975 and has taught Art and Photography at North Branford High School for 23 years since 1976.  He was an assistant football coach at North Branford from 1976 to 1980 and the head boys track coach from 1978 to 1982. Joe received a Masters Degree in Fine Arts from Wesleyan University in 1981.