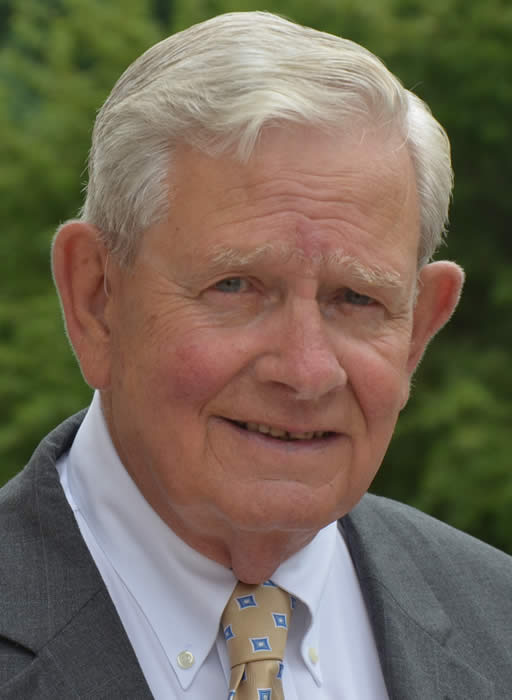 James Ryan originated from a working class family. His parents installed in their children an enduring love for one another, a strong work ethic and a devotion to their Catholic faith. These lessons have helped to enable Jim to be a role model to his family, friends and colleagues.

Jim was born the second of five children on January 26, 1935. His parents, James Sr. and Genevieve raised their family in the Westville section of New Haven. To support his family, James Sr. proudly served as a New Haven Firefighter.

As a child growing up in the Elm City, Jim attended Beecher Grammar School and Sheridan Junior High School. In 1948, he entered Notre Dame High School playing football and baseball. A gifted and dedicated athlete, he excelled in the classroom and on the baseball diamond. His skills behind the plate earned him a baseball scholarship to the prestigious Collegiate Preparatory School. After that institution went bankrupt, Jim re-entered Notre Dame.

After graduating in 1952, he continued playing the “National Pastime” for the Edgewood Booster Club. In that same year, he had the opportunity to try out for the two most successful franchises in the Major Leagues. First, Jim attended the St. Louis Cardinals tryout held in West Haven. The second tryout took place at historic Yankees Stadium. Ryan was thrilled to have met Yankee icons Yogi Berra and Elston Howard. In 1953, he was invited to attend Spring Training with the Yankees. Unfortunately, he was called into active duty by the Navy.

While in the military, Jim was stationed at Annapolis and he served as a Hospital Corpsman Third Class. He also played baseball for the Seven River Naval Command. In 1955, he was discharged and, in the following fall, he entered Providence College. A natural leader, Ryan was elected by his peers to serve as the National Treasurer of the National Federation of Catholic College Students. During his senior year, he was elected President of that organization. His impressive body of work enabled Jim to be listed in “Who’s Who in American Colleges and Universities” in 1960.

Professionally, Jim was employed for thirty years at IBM. At the time of his retirement in 1993, he held the position of Consultant to IBM Business Partners in the eastern part of the United States. In athletics, Ryan was a founding member along with Sam Burrell, Dan Gooley, and George Wadley of the Greater New Haven Diamond Club. He also worked as a football official and he volunteered to umpire Little League games.

For over four decades, Jim has resided in Branford. A charitable individual, he has volunteered his time to serve on numerous boards. This impressive resume included Chairman of the Branford Police Commission, a member of the Notre Dame High School Alumni Board of Directors, and he has served on the RTM and various educational committees. Lastly, Ryan is a past president of the Branford Lions Club.

In his personal life, Jim has been married to the former Rosalie Goode since 1960. The couple met at the Montowese House located in Branford the year before their wedding. They have three wonderful daughters named Bev, Shelia, and Patricia. Today, Jim and Rosalie enjoy spending time and attending the functions of their eight grandchildren and one great grandchild.