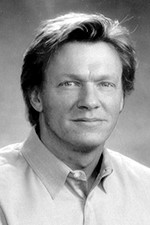 Recognized as a key contributor to the Branford High School basketball program in the late 1970’s, 2008 Branford Sports Hall of Fame inductee Jim Freund was feared and respected by opponents. He joined a cadre of skilled teammates in building Branford into a basketball powerhouse in the Housatonic League and across Connecticut in the mid-1970.

Jim is a 1977 graduate of Branford High School whose basketball career was marked by meteoric growth in physique and skill.  Following a year of playing on a highly successful junior varsity team coached by the legendary Bob Ellis in his sophomore season, Jim became a key varsity player during the 1976 campaign as the Hornets, led by senior Steve Ablondi, compiled a 15-7 record. The Hornets posted a ten-game win streak en route to qualifying for the State Tournament.

As a senior, Jim combined with co-captain John Kessler, Jim Nicholas, Jack Gambardella, D.J. King, Paul Sturgess, and Hall of Fame member Jake Palluzzi to create an impenetrable Hornet defense and an offense juggernaut that produced an average margin of victory of 25.9 points as Branford rolled to a regular season record of 18-2.  The Hornets were Housatonic League champions, defeating powerful North Haven at the end of the season to capture the laurels. Branford finished 19-3 and had a 13 game winning streak to close out the regular season.

Jim’s performance in the New Haven Coliseum against East Haven was outstanding as he showcased his offensive skills facing the basket which opened the eyes of college coaches about his collegiate potential as a guard-forward. While playing on a team that had balanced scoring, Jim set single game records which he continues to hold, including garnering 26 rebounds in one game  and 11 blocked shots in another.

This inductee attended Quinnipiac University and graduated in 1981 with a degree in Marketing. A four year member of the Braves’ basketball team, Jim helped Quinnipiac to the 1978 ECAC New England Tournament Championship, defeating finalist Colby, 92-85, and to two NCAA Division II Tournaments (1980 and 1981).  He averaged 12.9 points as a junior and 13.6 points and 6.5 rebounds per game as a sophomore. As a senior, Jim was named Honorable Mention All-America, on the basis of averaging 18.1 points and 10.1 rebounds per game. He had 234 total rebounds to lead the team. He led the Braves to a 78-38 record over his four-year career and scored 1,1,66 points, placing him in a 17th place (tie) all-time in Quinnipiac University history. The Madison, Connecticut resident is a member of the Quinnipiac University Athletic Hall of Fame.

Currently, Jim is a Senior Vice President of Business Development for American Medical Buildings, having worked in the healthcare industry for over 20 years.  He serves on several boards of national associations including the Federation of Ambulatory Surgery Centers.