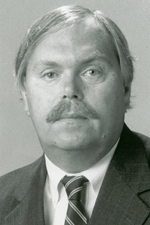 During the development of a great high school athlete, there are several stages that an individual must endure.  The first is the entry to the varsity level, the learning process.  The Second is the establishment stage, where one acquires the knowledge of competing against your opponents.  Finally, the third stage is combining all the hard work and ability and reaching a higher plateau.  1996 Branford Sports Hall of Fame inductee Jerry Schmitz successfully completed each of these stages as a two sport athletic giant while at Branford High School during the 1960’s.

Jerry attended Branford High School, graduating in 1967.  At Branford, he participated in varsity basketball and baseball for four years being elected captain of both sports as a senior.  Jerry was part of the 1964-65 team, during his sophomore year that went 15-5 and reached the second round of the Class B State Tournament, defeating Windsor Locks (84-43) before losing to Abbott Tech in a close battle, 55-52.  That season, Jerry scored 104 points for a 6.4 average.  In his junior year, Jerry and the Hornets enjoyed a 16-4 record while tonight’s inductee earned honors on the First Team All-Houatonic League.  As the starting forward on the Hornets basketball squad, Jerry led the team in points scored (382) and average (19.1).  As a senior and captain of the basketball team, Jerry led Branford to the Housatonic League title with a 16-1 regular season record before defeating Farmington (79-66) and Berlin (82-63) and reaching the semi-finals of the C.I.A.C. Class B Tournament game against Abbott Regional Tech, losing 70-61.  Despite missing several games with a pulled muscle in his groin, Jerry came back to help the Hornets in the playoffs.  Jerry’s first game back following the injury, against Farmington, he scored 23 points and pulled down 25 rebounds.  During the year, he scored 331 points for a 20.7 game average and was once again voted to the First Team Housatonic League Team and All-Stat Class B First Team in addition to being the Most Valuable Player on the squad.  Jerry played for 1989 Branford Sports Hall of Fame inductee Stan Petela.

As a baseball player, tonight’s inductee was considered a formidable presence at the shortstop position for the Hornets.  Jerry was the starter on the baseball team for four years and was honorable mention All-Housatonic League in his senior year.

Following graduation, Jerry attended Milford Academy, where he was a starting forward on the basketball team and a starting shortstop on the baseball team.

Residing in Branford with his wife, Lynne, and his step-son David, Jerry has been employed by the State of Connecticut with the Department of Transportation.  “I consider it a great honor to be inducted to the Branford Sports Hall of Fame so I can be along side fellow inductees including my mother-Eleanor Laich Schmitz, my aunt-Catherine Laich Shockley and my uncle-George “Battler” Laich and many other friends,” said Schmitz.