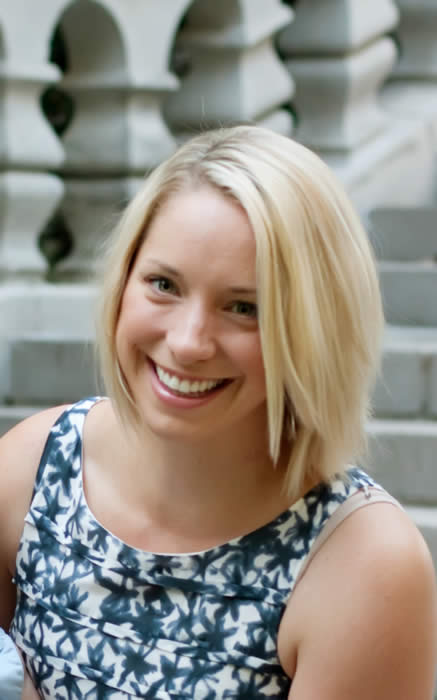 For a quarter-century, as competitor, teammate, coach, teacher, and role model, Jennifer Brooks has epitomized excellence in athletics and education. At the age of 8 she set the first of what eventually became over three dozen team records for the Branford Stingrays. During her four years at Branford High School (1991-1995), she was undefeated in the 100 Butterfly, won 4 State and Open Championships, 4 All-American honors and established a Class M State Championship record that stands today – the only Branford swimmer ever to achieve these distinctions.

In 1991, swimming for Coach John O’Connor, Jennifer joined with teammates Alison Lupoli, Sally Murphy, and Kierstin Newell as the Hornets won 7 of 8 individual and all three relay events at the Class S State Championships, taking the State Open Championship, the best finish of any Hornet team. For the next three years, Jen successfully defended her crown as Open Champion in the 100 Butterfly and was elected senior captain. Today, sixteen years after her graduation, she appears in six events in the Branford High School Top Ten All Time list. She holds school records in the 100 Butterfly (56.23) and 500 Freestyle (5:03.78) and is ranked second only to her Hall of Fame teammate Kierstin Newell in the 100 and 200 Freestyles. She is also a member of the record-setting 400 Freestyle relay team of Lupoli, Murphy, Newell & Brooks (3:35.59).

As a member of the Stingrays, where she swam with coaches Sue Lecza, Al Laprino, and George Miles, Jennifer competed at United States Swimming’s National Championships throughout her high school and college years, placing 18th in the 100 Butterfly in 1996. She was the perennial champion at Connecticut Swimming’s Senior Championships throughout those years. She holds 38 Stingray age group records.

At Indiana University Jennifer qualified for the NCAA Division I Championship all four years, earning All American honors three times. Her leadership was recognized by her teammates when they elected her captain her senior year. Jen returned home to train with the Stingrays every summer, providing guidance and inspiration for Branford swimmers. In 1999 she achieved the qualifying standard for the United States Olympic Trials – a meet that is often regarded to be deeper and more competitive than the Olympics themselves. Following graduation, Jen served as volunteer assistant coach for the Hoosiers. Demonstrating that her athletic desire and skill remained undiminished, in 2004, at the age of 27, she competed at Unites States Master Swimming’s National Championships where she took two firsts, two seconds, and a third.

An honors student at Branford High, Jen was honored as a Big Ten Scholar Athlete at Indiana University where she earned her B. A. in English Literature in 1999 and an M. A. in English in 2002. Following her I.U. graduation, Jen became an educator for 5 years at Hockaday School in Dallas Texas, teaching English literature and history. There she earned the John Killion Memorial Award for Excellence in Teaching. She also coached swimming for Frisco Aquatics.

Jen is currently a third year student at the UConn School of Law. She is a member of the Editorial Board of the Law Review and of the board of the Connecticut Moot Court. She expects to receive her J. D. in May 2012.

The daughter of long-time public school educators Jon and Sue Brooks, Jennifer is married to Wesley Crozier. They have two sons, James and Charles.