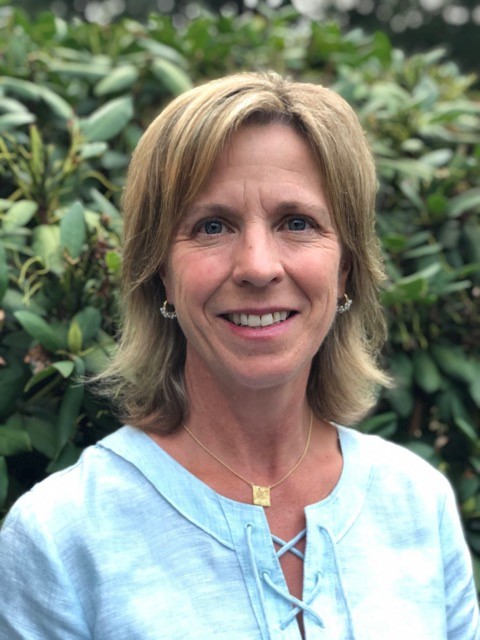 Jenifer Carini Clarkson excelled in each sport she focused on as she grew up in Branford. As a young athlete in the 1970’s Jenifer displayed her talent in swimming and diving summers on the Pine Orchard swim team coached by John O’Connor. By the time she entered what is now the Walsh Intermediate School Jenifer had turned her focus to gymnastics where she trained at the Muriel Grossfeld School of Gymnastics. She progressed through the levels to the point where she was training 4 to 6 hours a day 6 days a week and had all her academic classes in the morning so she could leave school early to be driven to Milford for her gymnastics training with former Olympian Muriel Grossfeld.

When Jenifer entered Branford HS, she continued her intense gymnastics training but to the delight of coach O’Connor and diving coach Sylvia Corley Brink, was able to work into her schedule joining the Girls’ High School Swim Team. As a freshman she had an immediate impact as a sprint freestyler and diver and helped a talented and deep Branford team win the Housatonic Championship. This 81-82 team would become the only undefeated team in Branford Swim History. Unfortunately, in high school the sprint freestyle event was just before the diving event and she would often have to get on the board with tired legs within minutes of swimming. Branford diving coach Sylvia Corley Brink was impressed by how easily Jenifer transitioned her skills from gymnastics to diving and how much potential she had in diving.

Jenifer would eventually end her gymnastics career at age 16 but not before she won the Nation’s Capital Cup in the All-Around category in Washington D.C. By her junior year she turned her focus to diving, became All-State, placed 7th at the Y National Championship in 1984 and spent the summer before senior year working as a camp counselor/coach at the Ric Gilbert Diving Camp at Cornell. Her senior year at Branford Jenifer totally dominated CT high school diving, won the Class M state Championship and then went on to win the Open Championships against the top divers from all four divisions. The dual meet record for 6 dives of 247 points she set in the 84-85 season are still the Branford record 35 years later.

Rick Gilbert was the USA Olympic Diving coach but also the head coach at Cornell so it was no surprise when Jenifer applied to and went to Cornell where she went on to a successful four-year career in diving. She set the Cornell record for one-meter diving and scored important team points in dual and championship meets.

After graduating from Cornell in 1989, she moved to San Francisco and worked in magazine publishing and then for a small software development start up. During her ten years out west, she married and had her first child. In 2000 they moved from San Francisco to Hanover, MA, just south of Boston. After moving Jen got back into diving but now as a coach. From 2001-2005 she was head diving coach at Notre Dame Academy in Hingham, MA., and in 2003 started her own AAU diving club “Five Star Divers”. During the next 8 years Jenifer would run her own club and also found time to be volunteer coach at BC High School in Boston and was head coach at Ursuline Academy in Dedham, MA. She is proud of the fact that many of her high school and club divers placed in the top ten in Massachusetts and went on to dive in college. She found coaching rewarding and satisfying and still is in touch with many of her divers.

Jen has a 21-year-old daughter Kate who is a senior at UC Santa Barbara College where she is majoring in Environmental Studies and 18-year-old twin sons, Will and James, who are freshmen at Roger Williams College where James plays basketball. Today Jen enjoys playing singles and doubles tennis.

Jen is the proud daughter of Paul and Judy Carini and has an older brother Steve who also dove at Branford HS and younger brother Andrew. We are honored tonight to make the long overdue induction of Jenifer Carini Clarkson into the Branford Sports Hall of Fame.