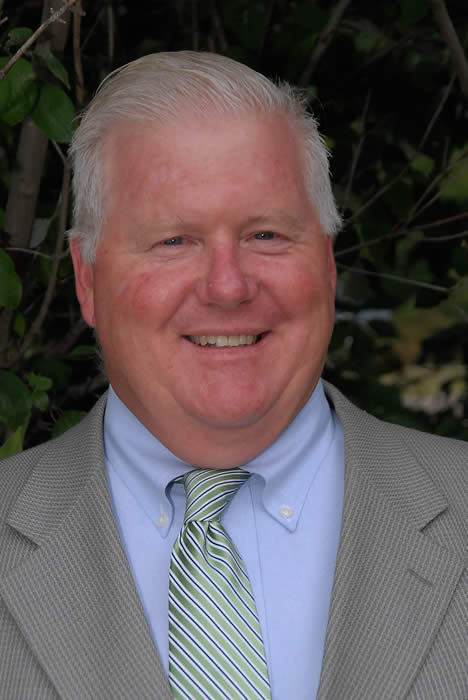 Recognized as an exemplary four-year high school athlete in football (as a tight end) and in baseball (as a centerfielder), a valuable community contributor and a loyal and dedicated worker in the Mortuary Science field , 2016 Branford Sports Hall of Fame inductee Jeffrey S. Klarman is known throughout the town for many reputable and outstanding achievements.

Born on May 7, 1961 to Mary “Betsy” Quinn Klarman and Stuart T. Klarman, Jeff has been a lifelong resident of Branford. A graduate of Branford High School (class of 1979), he played on the varsity football team and baseball teams all four years for the Hornets. During the 1977 season, Branford went on to compile an 8-2 win /loss record, never losing a home contest with 1993 inductee Joe Farina as its head coach. The climax of that year came on Thanksgiving Day, when the Hornets shut down a strong East Haven team, 7-0, on a touchdown reception by tonight’s inductee. Jeff played alongside fellow inductees Mark Borrelli (2013) and Lee Wezenski (2014). As a senior, he was a teammate of 2009 inductee Kevin Potter and Scott Jenkin (2010).

Jeff then attended New England Institute of Applied Arts and Sciences in Boston, where he graduated in 1981 with a degree in Mortuary Science. He has been associated with the family’s business, W.S. Clancy Memorial Funeral Home in Branford since 1976, when his grandmother, Posey Clancy Foreman hired him for a summer job. He joined the funeral home full time in 1981, and he has worked up to the present. Jeffrey has been a licensed Funeral Director/Embalmer since 1982 and is a member of the Greater New Haven Funeral Directors Association, where he served as President of the association in 1993, and a member of the National Funeral Directors Association, serving as a Policy Board Representative in 1993-94.

Within the community, tonight’s inductee has been an active participant and contributor. He was a member of the Branford Recreation Department’s Men’s Softball League for many years with the Backwater Tavern and Coral Reef teams. As an avid golfer, he has participated in many tournaments around New England and when he claimed an interest in Olympic Weightlifting, he began competing in events around New England as a Master’s Lifter (over 35 years old), winning several events in his weight category.

His civic contributions to the town of Branford claim a long list of benefactors. Jeff has coached many youth sports teams while his children were growing up. He has and continues to be a loyal and strong supporter of Branford sports at all levels, sponsoring many teams, coaching and attending many games, including but not limited to the St. Mary and St. Theresa’s golf tournaments and the Soundview YMCA Run on Thanksgiving Day. He has sponsored the Branford Recreation Department’s Adult Basketball League, the Branford Education Hall of Fame, the Branford Sports Hall of Fame and continues with his community involvement with the Knights of Columbus, Eldorado Council 10 (serving as its Financial Secretary), the United Way of Branford (Chairman of the United Way Drive in 1997 and President in 1999), the Branford Chamber of Commerce, and the Parish Council of St Mary’s Church.