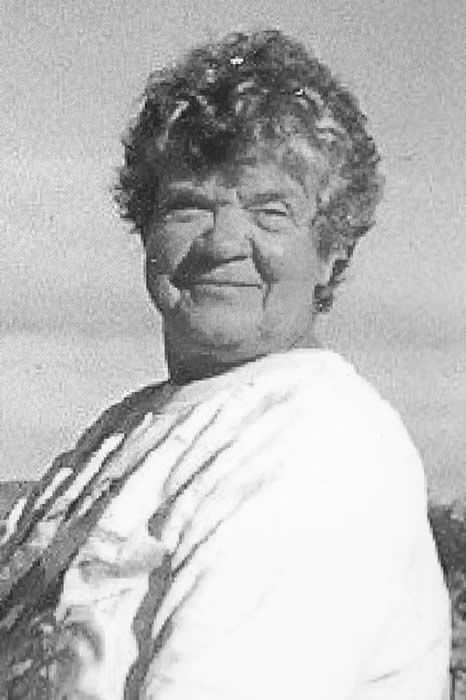 Janet Vishno Lubeski was born in Branford on May 1933 to the late Hyman and Anne Sinkievich Vishno. She attended Branford High School and graduated as a member of the Class of 1951. Janet was recognized by her classmates as “The Best All Around” in her class and her 1951 Milestone biography referred to her as, “… one of the leaders of our class, who always comes through at a critical moment.” This was quite a tribute for her considering eight of her classmates, Joan Austin Perrottti, Blake Lehr, Addison Long, Lou Locarno, Bob Gill, Dana Armstrong, Vin Casanova and Peter Ablondi have been previously inducted into the Branford Sports Hall of Fame. Clearly, Janet is most deserving of induction into the Branford Sports Hall of Fame. She joins here brother, Bob Vishno, who was inducted into the Hall in 2001.

Janet, known to her classmates as “Vish,” loved to compete in sports. She played field hockey under Hall of Fame coach Virginia Moessmang and, along with teammates Armstrong and Perrottti, led the team to a great season, winning every game except for the final contest. “Vish” played basketball for Branford High during her sophomore, junior year and senior years and was named captain as a senior. She was known for her great athletic skills and spirited, tenacious play. She was a competitive leader in Intramurals for four years. In addition, she was active in the Referee Club, and the Athletic Council, where she was president as a senior. Janet was also active in the Girls’ Athletic Association and the annual Gym Exhibition. She was a member of the Classbook Committee, as well.

Highly respected by her BHS peers and teachers alike, Janet was honored with the BHS Sweater Award for leadership, dependability, sportsmanship and all around participation in sports. In addition, she received the BHS Blazer Award.

After graduation from BHS, Janet followed her life dream of becoming a nurse and enrolled in Grace-New Haven Hospital School of Nursing and graduated with a nursing degree in 1955. She applied her nursing skills at Yale-New Haven Hospital and, later, as a private duty nurse for several years. The stellar leadership skills she had honed as an athlete at Branford High School propelled her into the position of Director of Nursing for the New Haven Regional Center for the State of Connecticut Department of Mental Retardation, retiring as a Community Health Care consultant for the State.

Upon retirement, Janet moved to San Francisco. From this base she traveled extensively around the world. Shortly after returning to Branford in 2008 to celebrate her 75Th birthday with her family, Janet passed away.

She is survived by five children, Mark, David, Karen, Lori and Steven and 10 grandchildren, Jennifer, Tara, Kristina, Kelly, Danny, Tim, Katie, Jessie, Ben and Andy, who were her greatest joy.