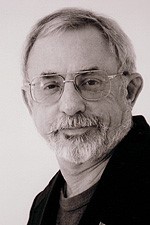 Synonymous with Branford sports for close to 30 years, 2007 Branford Sports Hall of Fame inductee Hal Levy devoted countless hours faithfully reporting on the accomplishments of all Branford athletics. Combined with his passion for writing and his genuine interest in the Branford athletic community, tonight’s inductee has been a vital component to the sports journalism profession.

Following his graduation from the University of Connecticut in 1969 with a Bachelor of Arts degree in English, Hal got his start with the Norwich Bulletin as a sportswriter/columnist  and later, as an assistant sports editor. Hal served as sports editor for the Groton News, a publication owned by the Bulletin from April 1975 to April 1978, when the News ceased publication. Hal spent from April 1970 to December 1971 on active duty in the United States Army as a Social Work/Psychology Specialist in Fort Knox, Kentucky and was responsible for three basic training battalions, and taught drug education courses to officer trainees.  He was honorably discharged with two letters of commendation.

In December of 1978, the Shore Line Newspapers hired Hal, where he spent 15 months as managing editor for the Wallingford Post and North Haven Post.  He has spent the rest of the time as executive sports editor, where he built the sports department from scratch.

With his love toward high school sports, tonight’s inductee developed a program used by publications statewide for computing state high school football playoff rankings.  He works as a consultant to the Connecticut High School Coaches Association Hall of Fame and the Connecticut Interscholastic Athletic Conference football committee and edited an ad book for the New Haven Lions Club Golf Tournament and produced the Southern Connecticut Conference yearly record book.  Hal is the official scorer for all state, regional, and national American Legion baseball tournaments.  He served two years as sports editor of the Connecticut Daily Campus while in college.

A resident of Durham, Connecticut, Hal is a member of the Connecticut High School Coaches Association Hall of Fame (2006), the Shoreline Conference Cross Country Hall of Fame and the Branford Gridiron Club (2007).