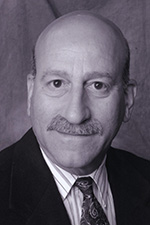 Every action, every goal, and every accomplishment resulted in one conclusion for 2003 Branford Sports Hall of Fame inductee George Lepre Jr. –  success.  Whether it was as a two sport athlete, an unselfish coach and volunteer, or as a dedicated worker, he strove for perfection and usually achieved it.

A graduate of Branford High School with the class of 1970, George Lepre, Jr., flourished at three positions for the football team – guard, linebacker, and defensive end.  In his junior year, tonight’s inductee played under head coach Bill Simon, on a team that finished with a 6-3 record good for a fourth place finish in a very competitive Housatonic League, losing only to first place Derby (20-8), Seymour (59-44), and Amity (16-6).  The Hornets ended the year beating East Haven, 32-0, and was awarded the Lions Club trophy for the Thanksgiving Day game.  As a four year starter, George captained the football team in his senior year , won the Savitt Jewelers Sportsmanship Award and was a teammate of fellow Hall of Famers Joe Roberti (99), Gary Lipkvich (’01), and Dennis Swirsky (’02).   His coaches at the time were Tom Murray (‘92) and Joe Farina (‘93).

In baseball, George was a gritty left handed starting pitcher, first baseman and outfielder for the Hornets squad.  As a junior, he earned recognition as an All-Housatonic League selection, in addition to the Top Batting Average Award, Top Fielder Award, and the Player of the Week Award.  In his senior season, he was named captain of the baseball team and awarded the Top Pitcher Award.  He was a teammate of past Hall of Fame inductees Jerry Schmitz (’96), Ted Kaczynski (’99), tonight’s inductee Bill Faticone and was coached by Gerald Crotty (‘2000).

Another big claim to fame came by way of softball.   From 1971 to 1995, he was a valuable player to such legendary teams such as: the Big Yaz All Stars, Towne and County Café, Silver Dollar Restaurant, Pier 3 Café, Preston Machine, Cips Home Plate, Powers Screen Printing, and Neal’s Flooring.  He was recognized as the MVP for the New Haven State Classic Softball League and the 1974 Softball District Playoff MVP.  He was a four time member of state tournament teams and won numerous distinctions on district, state, and regional All-Tournament teams.

Tonight’s inductee is the husband to Carlene, and the father to son, Scott.  He is employed by the United Industrial Services as a Regional Corporate Account Manager.