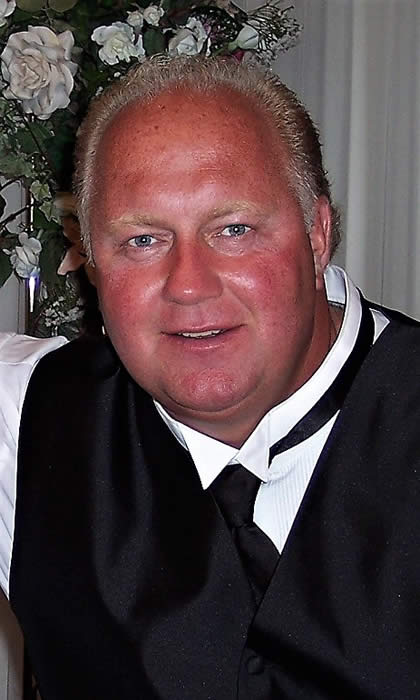 Whether it was as a business professional, a volunteer, or as a baseball player and head coach, 2017 Branford Sports Hall of Fame inductee George T. Dummar, Jr., earned acknowledgments and laurels for his commitment to excellence in many arenas.

Born on January 31,1960 in North Arlington, New Jersey, George was raised in Milford, Connecticut and graduated from Jonathan Law High School as a standout baseball player and Sacred Heart University before being drafted by the Baltimore Orioles in the 1980 Supplemental Draft and was a member of that organization from 1980 to 1984. After his minor league baseball career took him thru West Virginia and Miami, George concluded his playing career in Milan, Italy as part of the Italian Baseball Federation.

He continued his passion of baseball by coaching the Branford High School baseball team as its varsity coach from 2004 thru 2012, highlighted by his teams winning seven division championships, as well as Class L state titles, in 2006 and 2009. In nine seasons, George compiled an overall record of 138-75 and won at a 72-perecent clip during the post season with a record of 23-9. He led the Hornets to the state tournament each of his nine seasons while winnings the Hammonasset Division in his first year at the helm with a 17-6 win/loss record. The following season Branford claimed a 15-6 record and reached the Quarterfinals in the Class L State Tournament. In 2006, tonight’s inductee led the Hornets to both the Oronoque Division Championship and the Class L State Championship, finishing with a 18-8 record. The following two seasons with Branford, George directed Branford to back to back Oronoque Division Championships before claiming its second Class L State title in 2009 with a 17-9 record. In total, he led the Hornets baseball team to one First Round Class L State Tournament game, two Second Round Class L State Tournament appearances, two Class L State Quarterfinals, one Class L Semi-Finals and two Class L State Championships (2006 and 2009). George enjoyed the opportunity of coaching both his sons, George III and Nick during his time with the Hornets. He also had the opportunity to manage current professional baseball player Mike Olt (2004-2007), now a member of the Boston Red Sox organization with the Portland Sea Dogs and pitcher Ed Bethke (2004 and 2005), now an assistant coach at Southern Connecticut State University.

Off the playing field, George was just as successful in his business endeavors. As an 18 year member (1991-2009 at Southern New England Telephone (SNET) in New Haven, Connecticut, George was a Key Account Manager/Professional Division, Strategic Growth Team, and was responsible for sales and advertising. In 1998, he earned the Vice President’s Award and was the second highest sales producer in the department in addition to being ranked in the top five for revenue sales in website and link sales.

Married to his wife, Patricia (Patty) Capone Dummar and father to sons, George III and Nicholas, sadly George passed away on September 28th, 2014 at the age of 54, battling a courageous fight against glioblastoma.