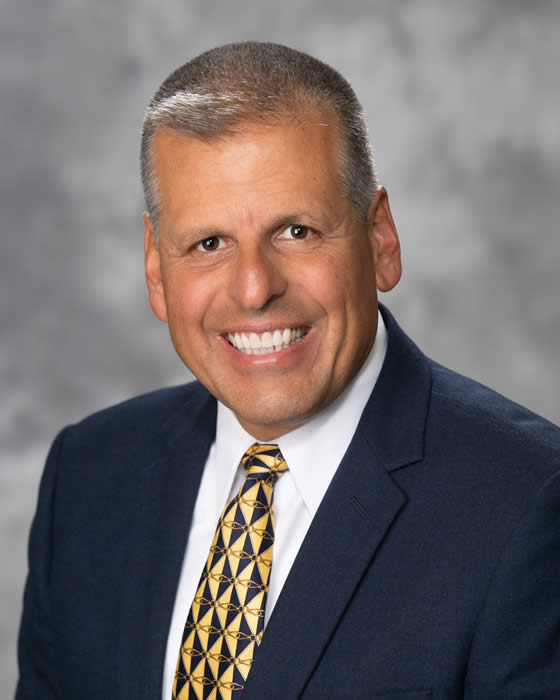 Gary Gravina was born the youngest of three sons to Joseph and Marion Gravina in Walpole, Massachusetts. As a child, Gary could always be found playing sports with his older brothers Tom and Jay. It was during these “sandlot” games that he became passionate about sports and the game of football.
As a member of the Walpole High School football team, Gary earned three varsity letters under coach John “General” Lee. A versatile athlete, he started at both offensive and defensive tackle. Prior to the start of his senior year, Gravina was selected by his peers to serve as a captain. That season, the talented Rebels squad went 10-1 and defeated their arch rival Natick. The quarterback of the Natick squad was future Boston College All American and NFL player Doug Flutie. As a result of his stellar play, Gary was selected to participate in the prestigious Shriners All Star Game. Furthermore, he was named to the Boston Globe All Scholastic team.

In addition to football, Gravina earned a varsity letter in basketball and three letters as a member of the track and field team.

After graduating from high school in 1981, Gary matriculated to UCONN where he continued his football career under Coach Walt Nadzak. He graduated in 1985 with a degree in accounting.

In 1989, Gary began his teaching career. Enthusiastically, he taught mathematics for three years at Stamford Catholic followed by two years at Sacred Heart Academy. In 1994, he was hired by the Branford Public School System. A dedicated educator and positive role model, he has taught in the Horizons Alternative Education Program as well as in regular education. For the past twenty-five years, Gary has challenged his students while teaching core values and life skills.

It is on the gridiron that Gary has earned the widespread respect of his peers in the coaching community. His coaching resume is extensive and impressive. For two years, he was an assistant coach at Notre Dame of Fairfield followed by four years at Amity High School. In 1995, Gravina joined Lenny Bonn’s staff at Branford High School. From 2002-2008, he served as the head coach of the Hornets. During that time span, he established an overall record of 49-28-1 including a 6-1 record against rival East Haven. In the history of Branford football, Gary has the highest winning percentage. The Hornets also won two SCC West Division titles and were the 2004 State Class MM runner up to Pomperaug High School.

On December 3, 2005, Branford faced East Lyme at Ken Strong Stadium for the state championship. On a frigid day, in deplorable conditions, the Hornets bested East Lyme 14-7 to capture the second state championship in school history. The quarterback on that historical team Jimmy Balzano stated, “Gary was a calm coach who never had to raise his voice. He was a great motivator and he had the uncanny ability to keep the players confidence and morale at the highest level. Above all, coach was prepared. Every player on the team knew their role and was ready to play. It was a pleasure to play for Gary.”

Gravina was also the head coach of tennis. In 2001, his boy’s squad went 16-0 and won the Hammonasset Division Championship. Following that season, he was honored by the New Haven Register as Coach of the Year.

In 1988, Gary married the former Denise Carlucci. The couple have children named Cam and Clare and the family resides in Madison.