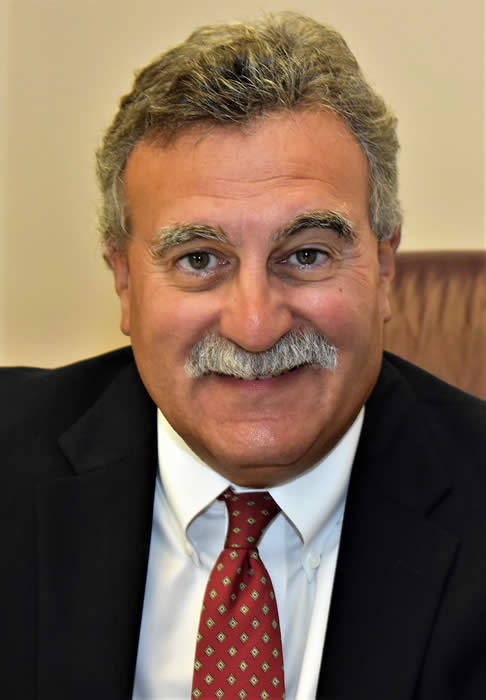 Frank J. Forgione, who grew up in Branford in the 1960s and 1970s, was a three-sport high school athlete and collegiate baseball player. Frank is currently a local attorney and the Judge of Probate for the Branford-North Branford District, but he has an impressive resume of athletic accomplishments and involvements in the Branford area.

At Hopkins, he played football, ice hockey, and baseball, earning a total of 12 varsity letters. Although he excelled at all three sports, it was playing baseball that earned Forgione the most adulation and success over the years. He played shortstop and was captain of the Hopkins baseball team his senior year, helping lead the squad to a league championship in 1975.. Overall, he received several awards at Hopkins for citizenship, scholarship and athletics including the Headmaster’s Award, the Dorrance Award, the Lovell Award and the Walter Camp Award. He was also named a scholar-athlete by the National Football Foundation and Hall of Fame during his senior year at Hopkins.

After his standout high school career on the diamond, he went on to play college baseball at Amherst College, where he was a four-year starter and co-captain his senior year, playing third base. He played for an Amherst team that was a regular in the ECAC championship tournament. He also earned the Friends of Amherst Athletics Award.

His love of baseball carried beyond his high school and college careers, and Frank got involved in coaching back home in the greater New Haven area. His coaching experience includes six years at Choate-Rosemary Hall as an assistant junior varsity baseball coach (2003-2008); three years as a junior varsity and varsity assistant coach at North Branford High School (2009-2011); and five years as an assistant coach for the Branford American Legion Post 83, senior American Legion baseball team (2012-2016). In 2013, the senior legion team won the Connecticut and Northeast Regional championships and went to the American Legion World Series. While he was an assistant under head coach Rich Balzano, the senior legion teams were the Connecticut zone 2 champions from 2012-2015. While with the senior legion team, he was known as “Uncle Frank” for his calming influence on the squad.

In addition, as a final accolade, one which shows another aspect of his varied athletic abilities, Frank won the golf club championship at Lyman Orchards in 2009.

Frank obtained a law degree from UCONN in 1984 and a Master’s Degree in Social Work from UCONN in 1990. He has worked as a lawyer in Branford for thirty years and currently serves as the Judge of Probate for the town of North Branford from 1991 through 2010, and most recently as the Judge of Probate for the Branford-North Branford Probate District since 2011. In 2004, he was appointed as the first Administrative Judge in the State of Connecticut for the first Children’s Probate Court in the State of Connecticut.

He has one daughter, Katherine Forgione, who is a nurse at Children’s Hospital in Boston.