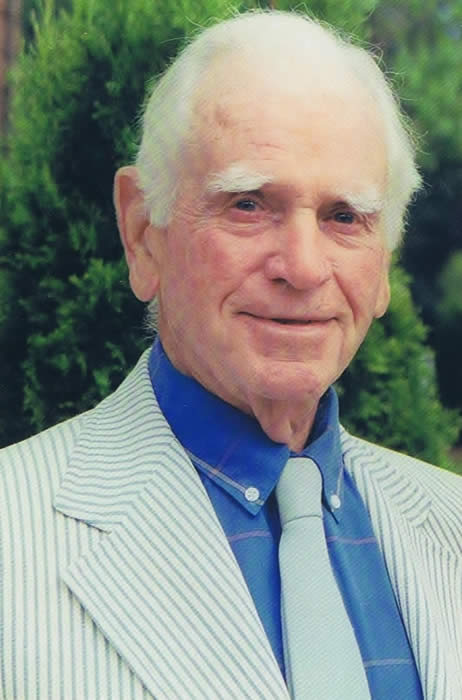 Growing up in the shadow of Yale Bowl on upper Chapel Street you might think Francis ‘Fran’ Lee might have been inclined to look to play football for Yale after graduating from Hillhouse in 1936. His outstanding performance for the Academics led to his first being recruited by The Choate School, the highly regarded prep school now known as Choate Rosemary Hall in Wallingford, and later by Harvard.

As a member of the championship football teams at Hillhouse in 1934 and 1935 for legendary coach Emmons ‘Chick’ Bowen, Fran played halfback, defensive back and was the punter. His performance led to his selection to the All District League team. The ‘triple threat’ athlete also was a member of the basketball team at Hillhouse and was part of the success of those clubs and was also on the track team serving as captain and a sprinter on the relay teams that won back to back state titles.

After graduating from Choate Fran decided to leave the Elm City to enroll at Harvard. He played both offense and defense for Crimson coach Dick Harlow who was quoted as saying about Fran, “he was the best defensive back in the nation”. The fleet footed Lee still holds the record for a 78 yard punt return in 1940 against Yale in the Bowl. It still stands as the longest punt return by a Harvard player for a touchdown against Yale some 76 years later.

Fran was unanimously elected captain of the 1941 Harvard team and became the first son of a Yale alumnus to captain a Harvard football team.

The football season ended in November 1941 and Fran had been contacted to play by the Philadelphia Eagles of the NFL but the war intervened. In December 1941 the Japanese invaded Pearl Harbor and Fran became a member of what noted broadcaster Tom Brokaw called the ‘greatest generation’. After graduating from Harvard Fran enlisted in the US Army and served in the European Theater as a Military Intelligence Officer until the conclusion of World War II.

Following the war he attended and graduated from Georgetown Law School and after briefly working for the government with the Interstate Commerce Commission and the IRS he moved to Branford in 1955. He later went to work for the State of Connecticut and retired from the Department of Social Services after a lengthy career.

Fran continued to actively officiate secondary school sports for many years. He loved Branford and the myriad of sports and recreational activities it offered. He and his wife Mary raised three children Fran Jr., Patrick and Mary Catherine.

During his lifetime Fran received a number of honors for which he was deeply humbled including the Chapter Award of Merit from the Casey-O’Brien Chapter of the National Football Foundation, induction into the Harvard Athletic Hall of Fame, the New Haven Gridiron Club Hall of Fame and the Hillhouse High School Athletic Hall of Fame. Fran passed away in March 2012.