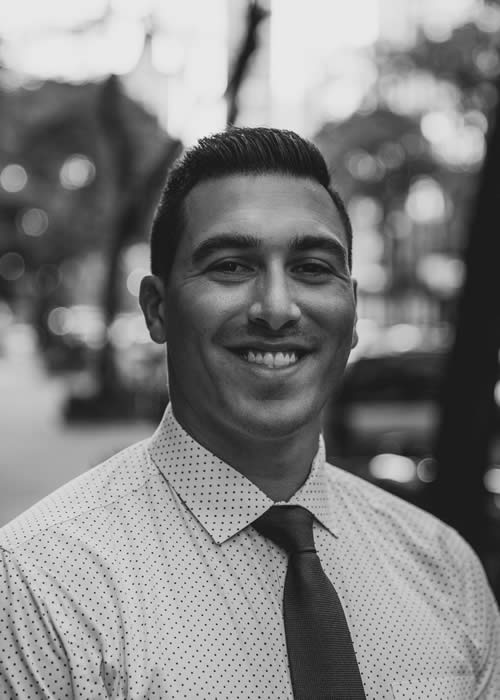 Eric Sokolosky, a 2008 graduate of Branford High School, was an exceptional student athlete. Academically, Eric achieved High Honors for four years and was a member of the National Honor Society as a junior and senior. Athletically, he earned three varsity letters in golf and four in swimming. In the proud tradition of Branford Boys Swimming, Eric is among the all-time distinguished performers.

At the age of six, Eric began to swim under the guidance of Scott Butler at the Silver Sands Beach Club in East Haven. Shortly thereafter, he entered the Stingray program coached by George Miles (Hall of Fame-2003), Cliff Johnson, and Sue Lecza (Hall of Fame-2008). These elite coaches provided him with a challenging training regimen, the foundation for future success, and the support to prepare for the rigors of high school and college athletics.

Eric joined the Hornet swim team under Hall of Fame coach Rich Thompson in the winter of 2005. During the next four seasons the team compiled a record of 46-10-1. In 2005 and 2008, the squad were Class M State Champion Runners Up. As a senior, Sokolosky was selected by his peers to serve as a tri-captain along with Dan Aupi and Owen Rood.

At the 2008 State Open Championship held at Kiphuth Pool on the campus of Yale University, Eric and his teammates won the 200 Yard Medley Relay and 400 Yard Freestyle Relay titles. Coach Rich Thompson stated, “Eric was an unselfish swimmer who was capable of winning at any distance or in any of the strokes. It was a pleasure to follow his development not only at Branford High School but also at Bucknell University.”

In the fall of 2008, Eric matriculated to Bucknell University where he joined the swim program under Coach Dan Schinnerer. As a sophomore, he captured a Patriot League Championship title in the 50 Yard Freestyle and an ECAC Championship title in the 100 Yard Freestyle (2010). Sokolosky would repeat as ECAC champion in the 100 Yard Freestyle and as a member of the 400 Yard Freestyle Relay team his senior season (2012). By the time he completed his career, he swam a leg on all five school record-setting relay teams. Coach Schinnerer stated, “Soko made an impact immediately on our team. He lived up to his potential and developed into a true student of the sport and a team leader. He also continued his ability to “step up” to another level when it came to relays. While certainly successful individually, some of his highlights were his relay performances. I think his relay prowess was a testament to his desire to be at his best for his team.”

Aside from all-league honors and school records, Eric demonstrates the essence of what collegiate athletics is about. In 2012, he was the recipient of two prestigious awards. Sokolosky was bestowed the Dearstyne Dorr Award (for leadership) and the Lee S. “Bud” Ranck Memorial Award (for his enthusiasm and contributions to Bucknell Athletics). Eric graduated in the spring of 2012 with a degree in Psychology.

Eric is the son of Wayne and Ginger Sokolosky, and proudly joins his father who was inducted into the Branford Sports Hall of Fame in 1998. He is currently employed as a talent acquisition professional at Publicis Sapient, a global digital agency & consultancy. Eric works and resides in New York City.