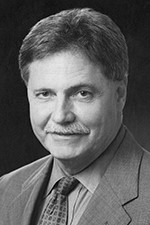 Known for his attention to detail, his competitive spirit in athletics and in particular, baseball, and his strong leadership ability, 2008 Branford Sports Hall of Fame inductee Doug Melvin has built an impressive resume, that currently culminates with his role as Executive Vice President and General Manager of the Milwaukee Brewers.

Named the eighth general manager in Brewers history on September 26, 2002, Doug Melvin has dramatically overhauled the Brewers’ roster during his tenure in this leadership position, helping to turn the franchise into a strongly competitive baseball organization. Last month his success was rewarded with  three-year contract extension.   Under Doug’s leadership,  the Brewers reached the postseason for the first time in 26 years this season.  Milwaukee finished with a record of 90-72, second place in the National League Central Division, won the NL Wild Card, and qualified for the playoffs.  In 2007, the team posted its first winning record since 1992 as they went 83-79 and finished just two games behind the Chicago Cubs in the National League Central Division. This inductee oversees one of the strongest minor league programs in baseball.  Under his guidance, the program has developed a number of players who have that have contributed greatly to the major league team.

Prior to joining the Brewers, Doug, 55, was the successful general manager of the Texas Rangers from 1996 to 2001. He helped the Rangers earn their first postseason appearance ever in 1996.  Under his direction, the Rangers won the American League West three times.  Doug was named Major League Executive of the Year by the Sporting News in 1996 and by Baseball America in 1996 and 1998. He was elected to the Texas Baseball Hall of Fame in 1997.

Prior to joining the Rangers, Doug spent nine years in the Baltimore Orioles organization. He joined Baltimore as a special assistant to club owner Edward Bennett Williams and General Manager Hank Peters in 1986.  He became Director of Player Personnel in charge of minor league operations in November, 1987 and added the title of Assistant General Manager under Executive Vice President/General Manager Roland Hemond the next year.

Doug worked for the New York Yankees from 1979 to 1985 following his retirement as an active player. He pitched batting practice and coordinated advance scouting reports for the Major League coaching staff, earning a promotion as the Club’s Scouting Director in 1985.   As a player, Doug pitched for six seasons in the minor leagues for the Pittsburgh Pirates and New York Yankees, posting a 29-19 record with a 3.43 ERA. He was signed by Pittsburgh in 1972 and pitched two years before being released. After sitting out in 1974 with a leg injury, he was signed by the Yankees and played for the  Bronx Bombers for four more years. While working for the Yankees, Doug and his family lived in Branford from 1978 to 1986.

A native of Chatham, Ontario, Doug Melvin played football, basketball and hockey at Chatham Kent Secondary School where he still holds a basketball record of scoring 55 points in one game.  He was a member of the school’s Athletic Hall of Fame and was inducted into the city’s Sports Hall of Fame in September 2000.  Doug played in a number of amateur baseball leagues in his hometown and credits another Chatham native, Hall of Famer Ferguson Jenkins, with influencing him to pursue his professional baseball career.  Doug is one of four natives of Canada to ever be a Major League general manager, joining George Selkirk of the Washington Senators, Murray Cook of the New York Yankees, Montreal Expos and Cincinnati Reds and Gord Ash of the Toronto Blue Jays, who currently serves as Brewers’ Assistant General Manager.

Doug and his wife, Ellen, have two children, Ashley, a graduate of Southern Methodist University and son, Cory, who is attending Marquette University.   The Melvins currently reside in Mequon, Wisconsin.