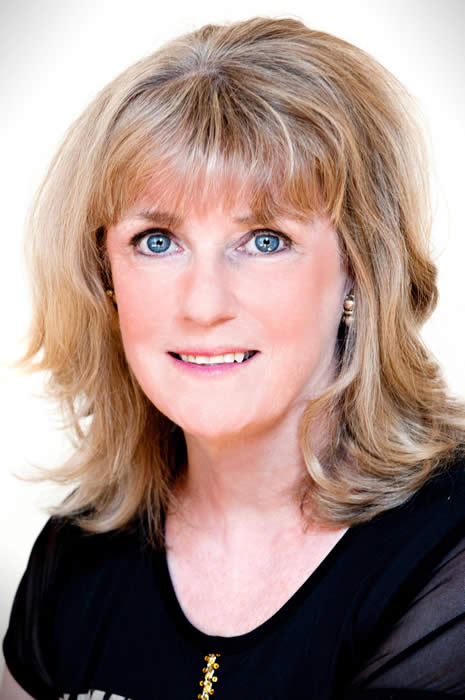 Journalist Donna Doherty is often described as a pioneer, but she says she was just doing her job. As a longtime writer and editor at the-then New York Times-owned Tennis Magazine, she rose from assistant editor in 1979 to become its first woman editor and vice president from 1990 to 1998, the only female editor of a major sports publication at the time.

It was the culmination of a sportswriting career that began in 1974 as the first woman sportswriter at the New Haven Register, where she covered football, basketball, hockey on all levels, including the New Haven Nighthawks, the U.S. Gymnastics and U.S Figure Skating Championships and professional tennis at a time when women weren’t allowed in locker room.

Donna hails from a sports-loving family of diehard Red Sox fans. She was the only tournament tennis player in the family, playing USTA League tennis and three times finishing as runner-up for the club doubles championship at Pine Orchard Yacht & Country Club. She co-captained the St. Mary’s High School field hockey team, ran track and was president of the Sports Club at the school where her unofficial sportswriting career began on the Orange Peal newspaper. She was also a member of the St. Mary CYO New England Champion cheerleading squad in Branford.

An honors English-Journalism graduate of Northeastern University, she joined the sports staff of the Northeastern News between her student co-op job at the Register, where, among other assignments, she covered the Bobby Seale Black Panther murder trial.

She made her own national news in 1970 when she became the first woman sports editor of the Northeastern News.

When Donna was offered the sportswriting position at the Register, her male colleagues welcomed her warmly, but she says, “There were people in some of the sports I covered who made it clear they just didn’t want you there. The only way to change their minds was to be better than the guys.”

Evidently she did so, as Donna once again became the lone female on an all-male staff, when Tennis Magazine asked her to cover the sport she says was the most welcoming of women into its ranks. She traveled the world writing features, including a White House interview with then Vice President George H.W. Bush about his tennis life. Donna covered the men’s and women’s tours, all four international Grand Slam events, the Olympics, Davis Cup, and wrote instruction articles with the game’s stars. She managed a staff of 16 editors and 43 contributors worldwide, including stars such as Pete Sampras, Arthur Ashe, Chris Evert, Rod Laver, Stan Smith, Billie Jean King, Mike Lupica, John Feinstein; and was Group Editor of The Tennis Company, which included a TV show and trade magazine.

The Women’s Tennis Association twice nominated Donna as journalist of the year. She represented the magazine in various media, holding her own on “Imus in the Morning,” and the “Today” show, and served on many panels, most notably a Women Sports Foundation keynote with then-commissioners Paul Tagliabue (NFL), David Stern (NBA) and Fay Vincent (MLB).

After the Times sold Tennis, the Short Beach resident served as executive director of The Tim & Tom Gullikson Foundation. Donna’s volunteer life in the arts provided the expertise for the final chapter of her career, when she returned to the Register in 2005 for an award-winning stint as its arts editor, retiring in November 2013.