Inductees by NameDonald B. Lawrence 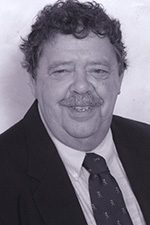 When 2004 Branford Sports Hall of Fame inductee Donald B. Lawrence left his hometown of Portsmouth, New Hampshire in 1959, at the age of eight, little did Branford know who or what they were getting.  Some 45 years later and with many contributions to the athletic community, it is clearly evident what was Portsmouth’s loss has been Branford’s substantial gain.

Tonight’s inductee attended Branford High School from 1967 to 1970, where he played football and baseball for four years and basketball for two.  As an offensive and defensive end on the Hornets squad, Donald played under head coach, Bill Simon, on a team that finished with a record of 6-3, good enough to place third  in the Housatonic League.  During his playing career at Branford, he played with fellow inductees Joe Roberti (’99), Gary Lipkvich (’01), Dennis Swirsky (’02), George Lepre, Jr. (’03), and fellow inductee Ron Washington.  His coaches at the time were Tom Murray (’92) and Joe Farina (’93).  In baseball, “Coach Don” was a gritty catcher on the high school team for four years.

His love for sports, his community and the youths of Branford, drew him to his impeccable accomplishments in baseball.  In the early 1970‘s, Don coached Branford Little League with his dad, a coach in the league for 16 years.  In 1977, Don became involved with Branford Little League again as a head coach.  He not only took over the team his father had coached, but also the team he played on when he was in Little League.  In the 23 years Donald was head coach, he coached his favorite team “Echlin- The Green Machine”. During these 23 years, he also served as a Board Member, Commissioner, and was the Little League President his last year.  He was the league liaison with Recreation Director and Hall of Famer Joe Trapasso (’88) for many years.  He was involved in the building of the Sliney 1 Little League field, the building of the original concession stand and he spearheaded the addition to the concession stand as well.  Don was also the co-founder of the Branford Little League fall league.  In the past few years, tonight’s inductee has been involved with coaching Babe Ruth and has assisted in coaching Mickey Mantle, Junior Legion and Connie Mack.

Starting in 1988, Don has been an active volunteer parent at St. Mary’s School and for the last seven years has served as the Athletic Director.  He is also the East Shore Deanery Director to the Archdiocese of Hartford.  He serves as Board Member of the Greater New Haven Parochial Basketball League and is in charge of scheduling for the league.  He also helped to put together the soccer program at St. Mary’s and surrounding schools to form the Greater New Haven Parochial Soccer League.  In 1999, he was honored by the Archdiocese of Hartford as a recipient of the HOPES Award which recognizes those who give time, talent, and support of Catholic Education.  He was the assistant baseball coach for St. Mary’s in 2000 when they won the State Championship.  In 2002, he had the St. Mary’s School Sportsmanship Award named in his honor and was inducted into the Knights of the Round Table at St. Mary’s School.

Tonight’s inductee has been employed as Product Manager at Navtec Inc. in Guilford, Connecticut for the last 12 years. Navtec is a world leader in the manufacturing of rigging and hydraulics for sailboats.

Married to his wife, Betty, Donald  is the father to two sons,  Chris and Justin.