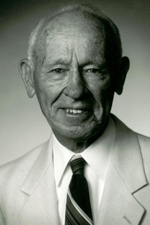 The 1929-30 state championship basketball team at Branford High was led and captained by Dominic “Mink” Swirsky.

In an era where 30 points was a lot to score in a game, the Hornets won by a whopping 26 points over Putnam High by blanking the Clippers in the final half.

Later, Swirsky toiled for several of the local teams in both basketball and baseball. The Branford Alumni, Y Club, M.P. Hose Co., CFU, East Haven Jeffs, Braford Tanks, St. Casimer’s and St. John’s were all lucky enough to have his services in basketball.

After a three-year stint in the service during World War II, Swirsky played with the D.L.D Container Company in the YMCA Men’s Basketball League and captured the 1949 title before falling to a strong Hamilton Standard team in the state championship. That season and a charity game at the Armory against the West Haven Devils led many to question “will he ever grow old”?

His baseball days soon turned to softball, and he banded together with Pete Naimo for a formidable left side of the infield on Buck Torello’s teams.

A top-notch basketball official in his post-playing days coupled with stellar performances on the golf courses in the area. He won many caddy tournaments early in life, captured club championships, and is still one of the best over 75 players around.

But it was his tenacious defense ability, made famous by that 1929-30 Branford High squad, that started his reputation. Few of the high-scoring opponents wanted to see Swirsky guarding him closely.