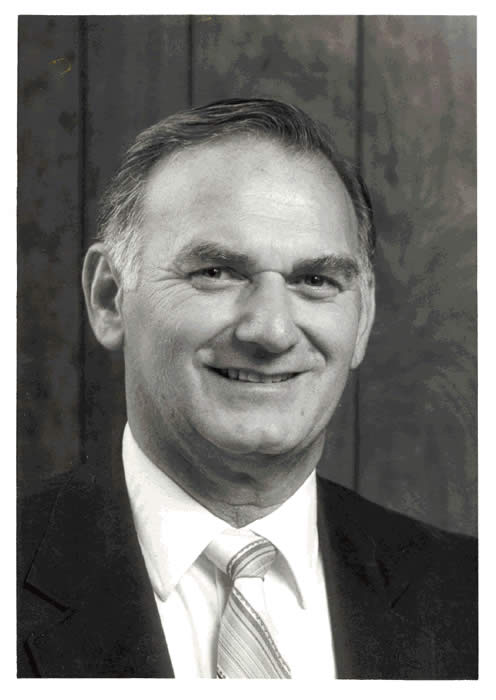 Committed, generous, and passionate are just a few words that describe Dominic Buonocore. Over the course of his adult life, tonight’s inductee has proudly served on the town, state and national levels.

Dominic was born on May 5, 1930 in New Haven and grew up on Clay Street in Fair Haven. While at Boardman Trade High School, he had to work to help augment his family’s income. Nevertheless, he was gifted enough to letter in basketball and baseball. After high school, Dominic participated in semi-professional football on teams such as the Annex Rams, Forbes A.C, and the Fair Haven Blues. These games, which attracted legions of fans, were contested at Blake and Rice Fields.

In 1950, Dominic joined the U.S. Navy and served as an intercommunications technician aboard submarines in the European Theatre. He was honorably discharged in 1954. However, he has remained active in veteran’s affairs as a member of Branford Legion Post 83. Through the years, Buonocore has chaired committees and has served as Judge Advocate and Post Commander. He has also participated in the annual Veterans Appreciation Day program held at Branford High School.

Upon completion of his military obligation, Dominic attended and graduated with a Bachelor of Science from the University of New Haven. He went on to earn his Master’s degree from Central Connecticut State University. Professionally, Dominic worked as an electrical engineer before discovering his true passion in the classroom. For twenty-four years, Buonocore left an impression on his students whom he instructed at Waterbury State Technical College.

A pillar in the community, Dominic has made impressive contributions to the town of Branford. From 1992 to 1996 he served as a State Representative. In total, Dominic served a term as First Selectman, six terms as Second Selectman, and two terms as Third Selectman. Buonocore also presided over the RTM for two terms and was the Chairman of the Board of Recreation.

Dominic has four sons and four grandchildren. He has lived in Branford for most of his adult life. Dominic passed away this October.