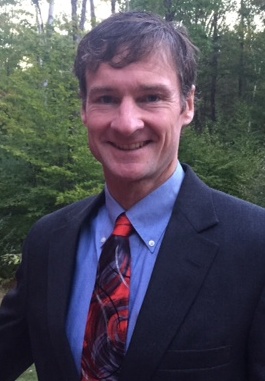 David Redden has a thing for water, both in liquid and frozen form. Get him in it, on it or near it, and things happen.

From swimming to leading whitewater and wilderness adventures to snowboarding, Dave has carved quite a name for himself while fulfilling what he calls his passion to “interact with others in the natural world through sport and movement.”

The former Branford High School swimming and soccer star and now elite snowboarding coach at Vermont’s famed Stratton Mountain School, turned in one performance that was so memorable that his high school coach John O’Connor recalls it as if it were yesterday.

Redden made All-Housatonic in both swimming and soccer in the 1982-1983 seasons. But his in-the-zone performance in the 1983 Class M State Swimming Championships that gave the Hornets their first state title is “one for the ages that exceeded all expectations,” said O’Connor. It also made Redden an All-State Swim Team pick.

“We were serious underdogs to Foran High of Milford, but Dave almost single-handedly put the team on his back, along with Charlie Donohue,” to rally the Hornets to a share of the crown with favored Foran.

Redden understandably was named Outstanding Performer for those championships: He finished first in a school-record time in his specialty, the 100-yard butterfly and first in the 200 freestyle. The Hornets were within 4 points of Foran going into the final event, the 4×100 freestyle relay, in which he would swim. Branford squeaked out a win by 2/100ths of a second over Foran to tie the meet and become the event’s first co-champs.

The following year, Redden captained both the swimming and soccer teams, winning All-Housy and All-State selections in both sports. He finished top three in the butterfly and 200 freestyle at the Class M Swimming Championships.

In 1985, Dave was named the Connecticut State Biathlon Champion in the competition at Hammonasset State Beach. He spent 10 summers working in Oregon for Echo: The Wilderness Company, one of the world’s best and first wilderness whitewater rafting outfitters, mentored by noted outdoor professionals with First Descents on rivers and First Ascents on mountains.

A competitive snowboarder since 1996, Dave found he had a knack for getting others to perform at high levels. From a snowboard instructor at Mount Snow Resort in the early 1990s, the New England College grad moved on to Founding Head Coach and Program Director of Mount Snow Academy Snowboarding, where he coached Olympic, U.S. Open and X-Games champion Kelly Clark from beginning to National Pipe, Boardercross and Overall Grand Prix Titles. Clark has won more titles than anyone in the history of her sport.

Ten years ago, he began his career at Stratton Mountain School, first as Head Development Coach, moving as needed to Head Elite Women’s Coach, and to his current position as Head Snowboard Coach. He oversees and develops the dry land training program for snowboarders at the school which has three times been named USSA’s Snowboard Club of the Year, producing 12 alumni who competed at the 2014 Sochi Olympic Games. He is also Snowboard Coach Trainer at the United States of America Snowboard Association in Lake Tahoe, Calif.

Dave continues to push himself to new discovery and adventure. He is a certified yoga instructor at a studio in Jamaica, VT., a Kettlebell Instructor, ACA Kayak instructor with whitewater designation and a Hanna Somatic (neuromuscular) Movement Trainer.

He and his wife and two daughters live in Newfane, VT.