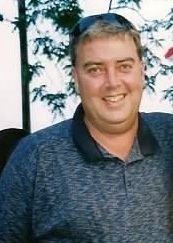 Branford native David Bowman, who left us far too early at the age of 51 in 2006, started his legacy early as a top athlete St. Mary School, and just continued to build on it through high school and college.

His outstanding basketball career at Branford High School, where he earned four varsity letters in the 1970s, culminated in his selection as an All-Stater his senior year, when he was also captain and an All-Housatonic League pick.

Dave excelled at every aspect of the game. He was a tremendous rebounder, played great defense and was a superior scorer (almost 1000 career points and 16.6 PPG) despite playing with three all-league players in his career who were also noteworthy scorers. He was a feared opponent by many for his athleticism, superior basketball IQ, natural scoring ability and his ability to match up against much taller players than he. David grew into a highly effective leader and was the driving force on a state powerhouse Hornet team as a senior.

After enrolling at Southern Connecticut State University in 1972, he continued as a highly productive starter for four years. He was the team captain his senior year and frequently scored in the 20’s against Owls’ rivals. A multitalented player, he was effective both inside and outside.

One of his college teammates said, “I loved playing with Dave. He knew the game and it made playing with him a great joy. It was fun to be his teammate so long as you played the game with your heart.”

David’s playing skills were obvious, but less obvious to the casual observer were his leadership skills. His teammates regularly looked to him for direction. During difficult times on the court, Dave was usually the player who could be counted on to turn things around. He had a great knowledge and sense of the game and a persona that communicated this to teammates and opponents alike.

Following graduation from Southern, Dave worked for Amtrak and later for the D.J. King Trucking Company, where he managed operations for the business for 25 years.

The coaching world also got to share in his talents. Dave was a volunteer assistant coach for Guilford High School’s girls basketball team, working with the legendary head coach Jim Rooney. Dave was as much a co-coach as an assistant for the Guilford teams that won state championships. He dedicated countless hours to helping young girls and young women in the Guilford Community excel in athletics, and the record for the Indians attests to this fact.

Dave had four daughters, Shaleen, Kerry, Nora and Kelly, with his wife Patty King and devoted the majority of his life to raising, coaching and mentoring his girls.

Shaleen provided intimate insight into Dave’s innate coaching ability: “I was struck a few years ago when my father’s high school basketball coach approached me to talk about my father. Tom Murray explained to me that my father taught him about basketball and about coaching young adults. As a teacher and coach now myself, I can relate to Tom’s experience of having a student or player such as my father. They are rare, and they have wisdom beyond their years. I sense that the innate ability that my father had to unite a group of people was evident at a young age. I learned from him and hope that I carry his legacy by constantly striving to bring people together and creating a sense of camaraderie in everything I do.”