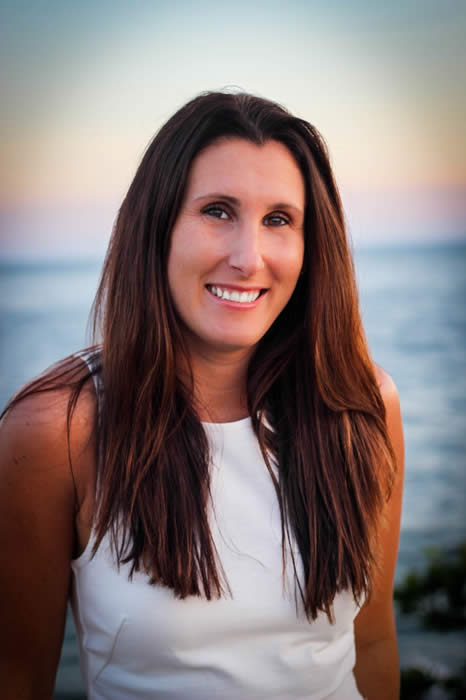 Brittney Carfora is one of the most highly honored Branford High School athletes. In basketball and volleyball she set many standards that may never be equaled.

A 2004 graduate of BHS, Brittney was the poster girl for athletic accomplishment in her era. She was a four year starter in basketball for the Hornets who were coached by Ted Kaczynski, a 1999 inductee into the Branford Sports Hall of Fame. Brittney was a prolific scorer and rebounder, finishing her career with a record 1980 points, 929 rebounds and 94 three pointers. She averaged 20 points per game as a senior captain.

Four times Brittney was selected to the New Haven Tap Off Club All Area Team, All Hammonasset Division Team, and the Lions Club Basketball Tournament MVP. She was chosen to be a member of the New Haven Register All State Team three times and was named by the Register as its Female Athlete of the Year in 2004. Brittney was a two time Connecticut High School Coaches Association All State player. In her senior year she was an honorable mention McDonalds All America player. An outstanding scholar, Brittney was a member of the BHS National Society and was recognized as a scholar athlete by the CHSCA and the New Haven Tap Off Club.

In volleyball, Brittney was a three time All Hammonasset selection and the CHSCA named her to its All-State team. She led the Hornets to four Hammonasset Division championships and in her senior year as captain of Branford’s successful CIAC Volleyball Tournament run which saw the Hornets advance to the Semi-Finals before being eliminated by Darien.

At Branford High School Brittney was a high honor student and participated Youth in Government and Model Congress. She was elected Vice President of her senior class.

Following high school, Brittney matriculated at Columbia University where she earned a Bachelor of Arts degree in political science. In basketball she excelled for the Lions. She holds the University’s record for three point shooting percentage in a single season. She is eighth in career three point field goals and seventh in field goals made in a single season. In 2007, Brittney led all NCAA divisions three point shooting percentage (51.9%). In 2015, Brittney joined her father in being inducted into the New England Basketball Hall of Fame.

Brittney earned a Bachelor of Science degree in nursing at Jacksonville University in 2011, where she was inducted into the Sigma Theta Tau International Honor Society of Nursing. She is currently pursuing Doctorate of Nurse Anesthesia and is expected to graduate in June, 2017.

Brittney has worked in the Yale-New Haven Hospital as a Registered Nurse in the Emergency Department and Surgical/Trauma Intensive Care Unit.

Brittney is the product of a loving and supportive family. She is the daughter of Al and Jeanine Carfora and has a sister, Angelina, and a brother A.J.